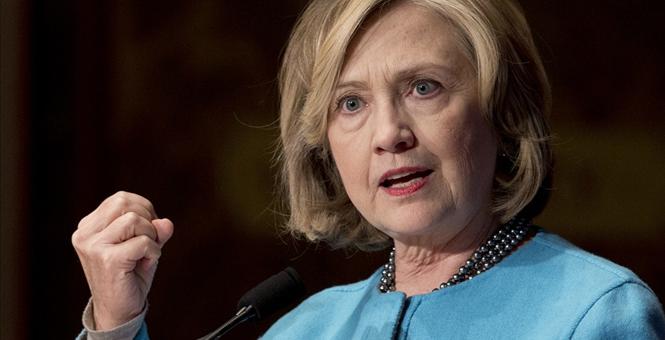 Clinton: Police Violence And White Extremists Are As Big Of A Threat As ISIS

Clinton: Police Violence And White Extremists Are As Big Of A Threat As ISIS

Hillary Clinton, the current front-runner for the Democratic Party, apparently believes when it comes to threats to our national security, “white terrorism” and police violence are just as threatening as international terrorist groups such as ISIS and other Islamic extremist movements.

The statements came Monday evening during the Brown and Black Forum held in Des Moines Iowa as Clinton answered questions about domestic threats to citizen safety. During the forum, a moderator questioned Hillary from the standpoint of minorities in the country asking if “white terrorism” is an equal threat to the United States as groups like ISIS.

Hillary addressed the question very briefly at first, stating that there are many threats across the country and none of them should be discounted. She quickly transitioned into gun control, sidestepping the question at hand as quickly as possible, to praise the current Obama administration gun control policies that have been recently rolled out.

Attempting to get back to the question at hand, Hillary Clinton said that “white extremists” and “police violence” are just as threatening as international terror groups like ISIS as if there was no distinction between the groups.

Despite the moderator speaking about racial issues being “tiptoed” around, Hillary still danced around the question trying to find a suitable answer that was more politically correct than anything else. With the recent threats made and carried out across the world by ISIS, however, it is hard to see how Hillary could so easily compare the threat of international Muslim terrorist groups with police violence.

You can see the clip of Hillary addressing the question during the Iowa Brown and Black Forum, a public forum where Democratic candidates talked about racial issues, in the video below: