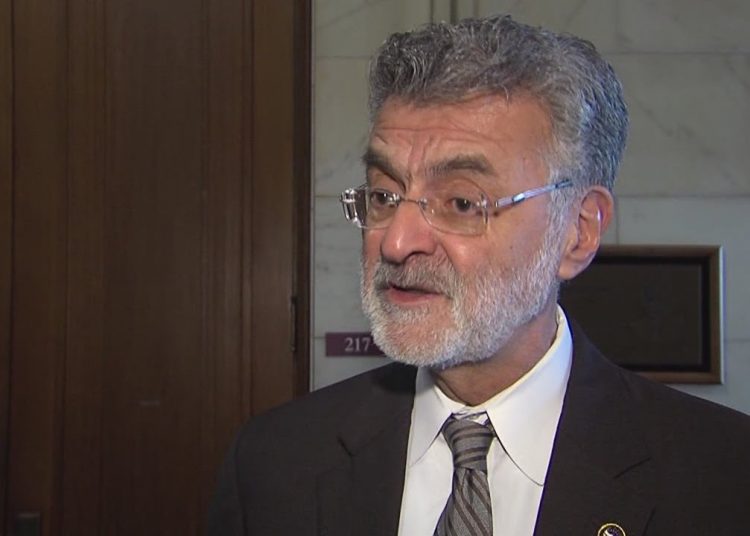 Cleveland, Ohio – Cleveland Mayor Frank G. Jackson allegedly used his influence to protect his grandson — a reputed gang member — from being arrested in connection to a fatal shooting that still remains unsolved two years later, according to a report. The New York Post reported that Frank Q. Jackson, a suspected member of violent street gang No-Limit 700, was the prime suspect in the broad-daylight August 28, 2019 shooting of 30-year-old Antonio “Bisket” Parra.

Jackson, who is now being sued by the murdered man’s family, is accused of preventing the arrest of his grandson when cops went to the 74-year-old Democrat’s house the night of the shooting. According to  documents, police intended to take his grandson into custody, but they stood down after a conversation the mayor had with Cleveland Police Chief Calvin Williams, according to the New Republic.

It’s unknown what took place during the encounter at the mayor’s house, since the elder Jackson apparently told the cops to turn off their body-worn cameras, in violation of department policy, a local TV station reported in September 2019.

The mayor, as part of the wrongful death lawsuit proceedings, claimed ignorance about why his grandson wasn’t arrested that night.

“I do not know,” Jackson said, according to the New Republic, “however, to the best of my recollection while outside my house … [police] spoke on the phone with Frank Q. Jackson’s lawyers.”

In addition to the circumstances surrounding cops backing away from arresting Frank Q., a local councilman claims the mayor — who has led the Ohio city since 2005 — has repeatedly provided cover for his grandson’s gang.

“The rumor is they’re running rip-shod over the Central neighborhood and that the police department is looking the other way,” said Ward 8 Councilman Michael Polensek.

Peter Pattakos, a lawyer for the Parra family, says the case is emblematic of Jackson’s corrupt mayoralty.

In February, Frank Q. was indicted on two felony counts connected to a January incident in which police said he dragged an officer and led them on a high-speed chase. Jackson was indicted on charges of felonious assault, a second-degree felony, and failure to comply, a third-degree felony.

At the time, Jackson was on probation after pleading guilty to a misdemeanor assault charge in which he was accused of hitting a woman with a truck hitch. He was also charged in Cleveland Municipal Court with misdemeanor domestic violence in connection with a December 2020 incident.