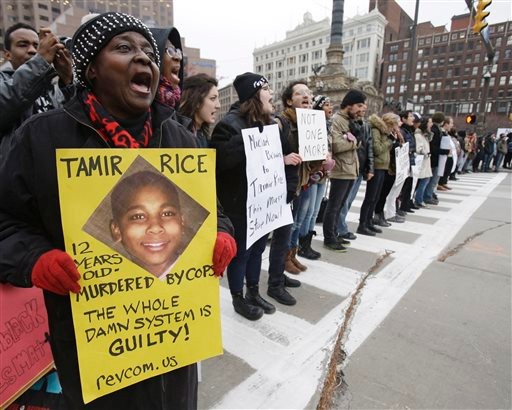 The former Cleveland police officer who fatally shot 12-year-old Tamir Rice has backed out of taking a part-time job with an Ohio police department that recently agreed to hire him.

The Cleveland Police Patrolmen’s Association union that represents rank-and-file officers, also confirmed that Loehmann decided not to take the job, citing “political pressure” as the reason Loehmann decided to rescind his application.

The village of Bellaire hired Loehmann last week to serve as a part-time police officer. Bellaire is a small town of about 4,000 people that borders the Ohio River at the West Virginia border.

The founder of the Courageous Leadership Institute, Travis Yates, praised the hiring of Loehmann telling us that “despite what the media and politicians wanted others to think, the Rice shooting was justified and that is not my opinion.  It happens to be the opinion of the Grand Jury and Department of Justice.”

Yates was not surprised with the newest developments. “Politics have no business in law enforcement and this is exactly what you get when it is there. Instead of facts and the results of an exhaustive investigation by the Department of Justice, you get emotion and hatred and bullying and it is time that law enforcement steps aside from listening to the emotional rhetoric of politicians and get back to police work,” Yates exclaimed.

Loehmann will take his place with the countless other officers that did nothing wrong according to the law but will suffer the consequences of a corrupt media establishment and cowardly leaders that enable emotions to take over the facts.

Robert Johnson is a 20 year veteran law enforcement officer currently working at a large metropolitan agency. His assignments have included narcotics, gangs and training. He joined Law Officer in 2017 as an Associate Editor.
Tags: tamir rice