The leaked documents have spurred civil unrest across the country as a majority of the justices initially appear persuaded to overturn Roe v. Wade 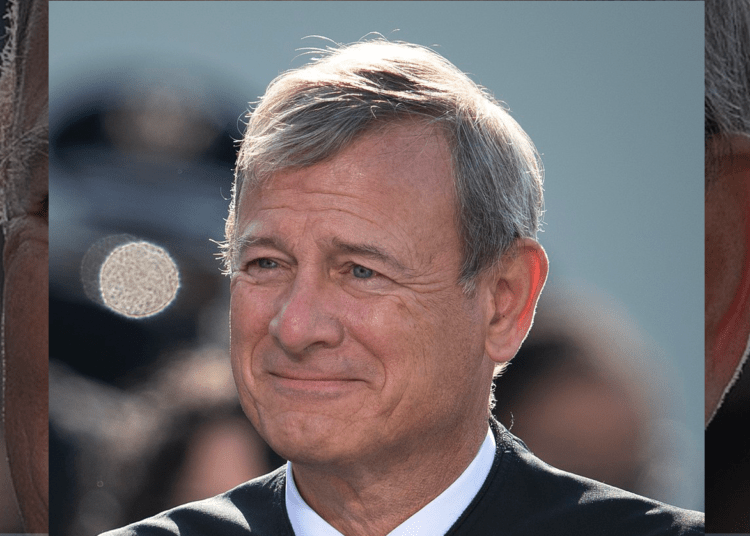 WASHINGTON – Supreme Court Chief Justice John Roberts is taking unprecedented steps to get to the bottom of an unprecedented act that will likely come with severe consequences if the leaker of SCOTUS documents is identified.

On Monday Politico first published a draft opinion from the court that indicates it would likely overturn Roe v. Wade.

In a media release Tuesday, Chief Justice Roberts announced he had “directed the Marshal of the Court to launch an investigation into the source of the leak,” the Western Journal reported.

Justice Samuel Alito authored a draft of the majority opinion in the case of Dobbs v. Jackson Women’s Health Organization. He was joined by four other conservative justices, Clarence Thomas, Neil Gorsuch, Brett Kavanaugh, and Amy Coney Barrett. Their legal opinion held the logic of the original Roe v. Wade decision was “extremely weak” and “was egregiously wrong from the start.”

“No draft decision in the modern history of the court has been disclosed publicly while a case was still pending. The unprecedented revelation is bound to intensify the debate over what was already the most controversial case on the docket this term,” he wrote.

The Supreme Court acknowledged the authenticity of the draft opinion. However, in a media release the Court stressed it was not a final opinion.

“Yesterday, a news organization published a copy of a draft opinion in a pending case,” the release said.

“Justices circulate draft opinions internally as a routine and essential part of the Court’s confidential deliberative work. Although the document described in yesterday’s reports is authentic, it does not represent a decision by the Court or the final position of any member on the issues in the case.”

As a result of the leak, Justice Roberts said the matter would go to the Marshal of the Supreme Court, a law enforcement official that answers directly to the Court, according to the Western Journal.

The full statement from Chief Justice Roberts is provided below:

To the extent this betrayal of the confidences of the Court was intended to undermine the integrity of our operations, it will not succeed. The work of the Court will not be affected in any way.

We at the Court are blessed to have a workforce – permanent employees and law clerks alike – intensely loyal to the institution and dedicated to the rule of law. Court employees have an exemplary and important tradition of respecting the confidentiality of the judicial process and upholding the trust of the Court. This was a singular and egregious breach of that trust that is an affront to the Court and the community of public servants who work here.

I have directed the Marshal of the Court to launch an investigation into the source of the leak.

Col. Gail A. Curley is the current Marshal of the Supreme Court, according to Fox News. She was appointed in May of 2021.

Chief Justice Roberts is likely to order a full investigation involving the FBI into the reported leak of a draft majority opinion, reports @JanCBS — as some question if it will throw the Supreme Court’s legitimacy into question. pic.twitter.com/rJsIlQqjEU

Legal experts say that leaking draft opinions isn’t illegal in and of itself since they are not classified documents. However, the leaker may have committed an associated crime to obtain the documents, like unauthorized use of a computer to obtain the file.

Furthermore, if the leaker is a practicing attorney it could also lead to disbarment.