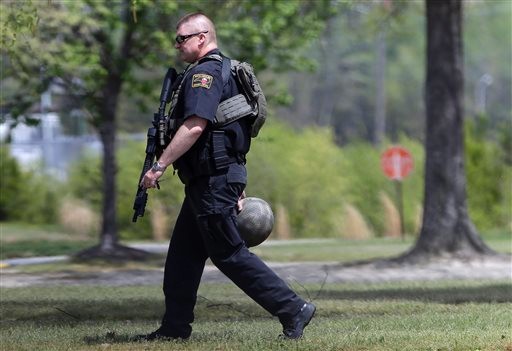 For years, the community had a small, part-time law enforcement agency that patrolled the park district. After the agency was disbanded last week, Chicago Heights Mayor David Gonzalez was shocked to find five rifles that were being used by officers.

It’s been a few years since we addressed the issue of police rifles and with violent crime rates soaring in recent years, it’s hard to believe anyone would question them.

First, Chicago criminals are definitely not adhering to the rule of “no rifles.”

With that said, we want to give Gonzalez some grace. While the rifles he found were old “military” rifles, they are not just for the military and they are not “machine guns” as some would suggest.

One trigger pull produces one bullet, just like a handgun.

While Gonzalez may not see a reason his law enforcement agency needed the rifles, he was not the person responsible for saving lives if a criminal decided to embark on their not so sleepy town that is 30 minutes from Chicago.

Frankly, no law enforcement officer “wants” to use a rifle but it is a resource that, unfortunately, is needed more today than ever.

Share and speak up for justice, law & order...
Tags: Chicagoillinoisrifles