He sent about 36 selfies while inside the complex, prosecutors say 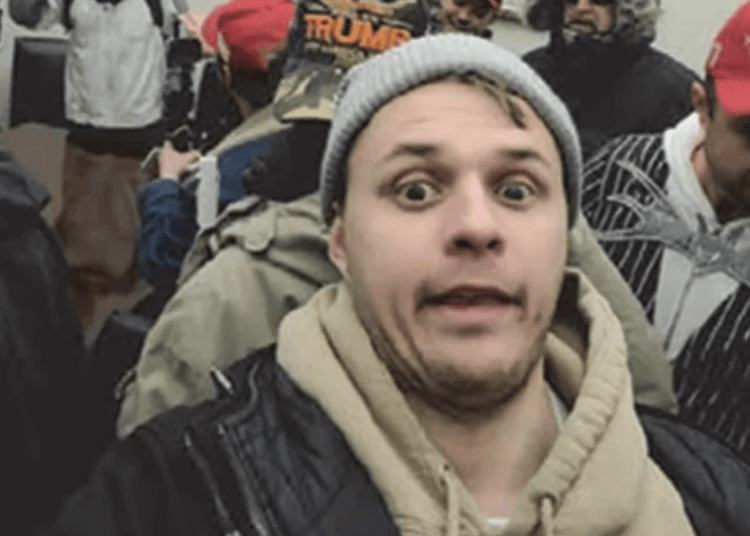 Prosecutors allege in a criminal complaint that Karl Chwiesiuk was among a mob of people who broke into and damaged the office of Sen. Jeff Merkley, an Oregon Democrat. (United States Attorney for the District of Columbia)

CHICAGO — A Chicago police officer has been identified and arrested for his alleged role in the Jan. 6 riot at the U.S. Capitol, according to Chicago Police Superintendent David O. Brown.

Karol J. Chwiesiuk, an officer with the Chicago Police Department, was arrested Friday by the FBI and CPD officers around 8 a.m. He’s been charged with five misdemeanors, including knowingly entering or remaining in a restricted building and violent entry or disorderly conduct at the Capitol, according to Brown’s Friday afternoon announcement, NBC News reported.

“The fact that a Chicago Police officer has been charged in that attack on American democracy makes my blood boil, makes me sick to my stomach, and yes, if these allegations are true, it breaks my heart,” Brown said.

“Participating in the siege on the Capitol in any way was a betrayal of everything we stand for,” Brown continued. “Trust is hard to earn and so, so easy to lose.”

According to NBC, the criminal complaint contained selfies allegedly taken by and shared by Chwiesiuk, 29, from inside the Capitol. He allegedly sent about 36 picture messages while inside the complex.

The police superintendent said Chwiesiuk was relieved of his police powers on June 2, as soon as federal authorities informed the department of their investigation.

Earlier on Friday, Law Officer reported that a former police chief from Orange County, California was also taken into custody by the FBI for his role in the Capitol riot.

Alan Hosteter, who became chief of the La Habra Police Department in 2009, was arrested along with five other defendants who face charges.

Hosteter retired from law enforcement in 2010.