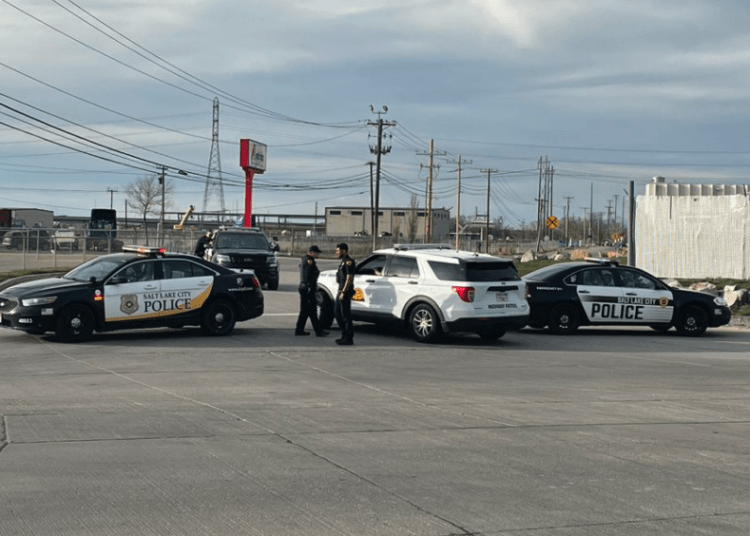 A carjacking suspect was killed during a gun battle with Salt Lake City police. (Twitter)

SALT LAKE CITY — Police in Utah fatally shot a carjacking suspect during an exchange of gunfire in Salt Lake City on Saturday. Fortunately, no officer was injured in the gun battle.

Sgt. Mark Wian, a spokesman for the Salt Lake City Police Department, said officers responded just before 6 p.m. to calls on the 600 South off-ramp of Interstate 15 regarding a male suspect attempting to carjack a vehicle.

The suspect failed at his first carjack attempt, but succeeded taking a vehicle during a second carjacking, KJZZ reported.

Officers spotted the vehicle and tried to make a stop, but the suspect fled and a pursuit took place, according to Wian.

The gunman led police on a chase that lasted about 2.5 miles to 280 South Orange Street. During the pursuit, the suspect opened fire on officers.

There is another scene at 600 South I-15. Troopers and police can be scene here from our tower camera. Still no confirmation on exactly what went down. (We know scanner traffic, but will wait for confirmation from authorities.) @KUTV2News pic.twitter.com/RdyfZu86cf

At some point police returned fire and the gunman was hit. Wian said the perpetrator was pronounced dead at the scene and no officers were injured during the gun battle, according to the news outlet.

Our department has invoked the Officer-Involved-Critical-Incident Protocol. Here is all the information we can confirm at this time. A PIO is on scene and will brief media when appropriate. #SLC #SaltLakeCity #SLCPD pic.twitter.com/D4X0OaoofX

The identity of the deceased suspect has not been released.

Chief Mike Brown issued a statement late Saturday, talking about the “great danger” police are exposed to when protecting the community, KJZZ reported.

“Tonight, two of our officers found themselves facing great danger as they protected our community. I am grateful for their heroic actions,” he said. “Our police officers reacted quickly and professionally to a public safety threat. Their actions demonstrated great courage and likely prevented any further injuries or violence in our community.”