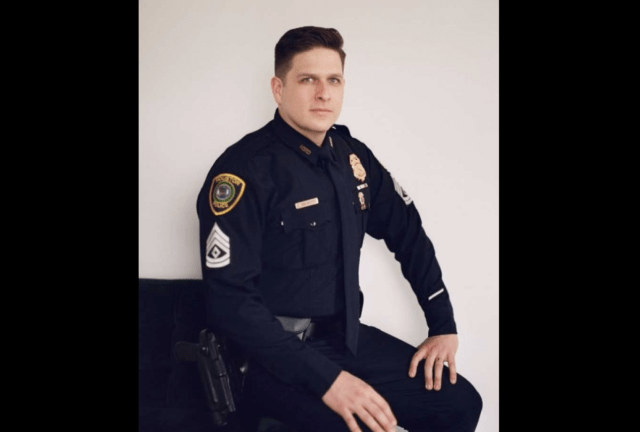 HOUSTON – At least one round possibly penetrated Houston Department Sgt. Christopher Brewster’s bulletproof vest during a fatal shooting over the weekend, according to a statement from Houston Police Chief Art Acevedo.

“We will advise of any relevant developments on this specific issue,” according to the statement. “As we continue this week to honor the selfless sacrifice and joyful life of our friend and colleague Sgt. Brewster, let’s honor him by insuring we continue to serve with his joyful spirit.”

Brewster, 32, was shot Saturday in the chest with a semi-automatic handgun after responding to a call of domestic violence. In addition to the round that potentially penetrated his vest, Brewster was also shot in areas that were not covered by soft body armor, according to earlier reports.

The nine-year veteran is being hailed as a hero by local law enforcement after managing to radio in a description of the alleged shooter, 25-year-old Arturo Solis, before losing consciousness. Solis, who appeared Monday in state district court, has been held without bond on the charge of capital murder.