Raul Ortiz says with current policies, the border crisis is only going to get worse 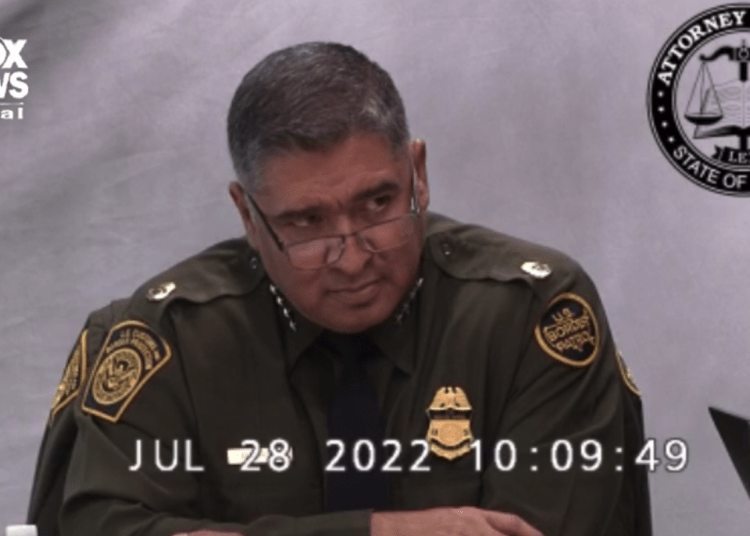 Border Patrol Chief Raul Ortiz readily acknowledged under oath that President Biden’s border policies have “no consequences” for migrants who are illegally entering the U.S. and are primarily the cause of the unprecedented surge at the southern border.

Ortiz’s condemning declarations came during a recorded deposition from July 28 as part of discovery in a lawsuit by Florida Attorney General Ashley Moody against the Department of Homeland Security and other border agencies, Fox News Digital reported.

Ortiz, a 31-year law enforcement veteran, testified that he believes migration will increase at an exponential rate at the southern border since there are no “consequences” in place to curb the tide of migrants flooding into the U.S.

“In my experience, we have seen increases when there are no consequences,” Ortiz said during the deposition.

“So, if migrant populations believe that they’re going … there are not going to be consequences, more of them will come to the border. Is that what you’re saying?” questioned the attorney.

In response, Ortiz said, “There is an assumption that if migrant populations are told that there is a potential that they may be released, that, yes, you can see increases.”

“So, it will increase at an exponential rate. Is that what is being suggested here?” the attorney queried.

“Well, I do think it will increase, yeah,” Ortiz responded.

Continuing, the attorney asked, “Since President Biden was elected, does this document indicate that aliens illegally entering the United States perceive that they will be able to enter and remain in the United States?”

The “document” being referred to by the plaintiff’s attorney is a spring 2021 memo that disclosed Biden’s immigration policies, which have fueled the migrant surge at the southern border.