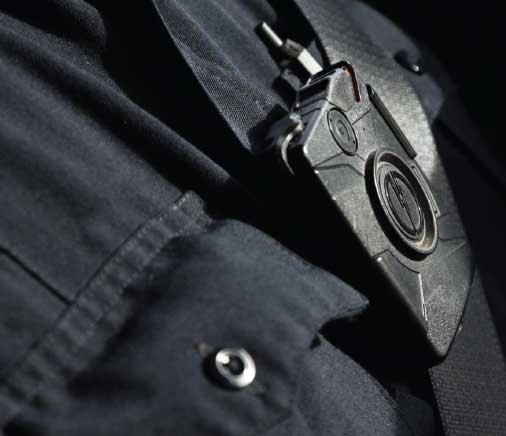 Ready or not, they are coming. Within the next 10 years or so, I believe the body-worn video camera will become as common as in-car video units.

I’ve seen a variety of designs with differing locations where the cameras are worn. At least one unit mounts the camera on a pair of glasses, which is presumed by some to capture the officer’s eye view and perspective on the video.

“When we approach a violator, we are seeing things as (the officers) are,” said Commander Fred Havener, in a June 2011 King5.com article on such cameras. “Later in a courtroom, the video would give jurors evidence exactly as officers see them.”

Keep this presumption in mind for a minute, as we will come back to it. However, for the record, I’m in favor of officers using these camera units. More than anything, I believe they will help to protect our profession from false claims of illegal and policy prohibited behavior.

The IACP study entitled The Impact of Video Evidence on Modern Policing stated, “The data revealed that in cases where video evidence was available, the officer was exonerated 93% of the time” (p.15).

However, my support for their use has caveats. For the purposes of this article, two of those caveats are important points that everyone should understand. They both pertain to the same belief as Havener’s quote above, about seeing exactly what the officer saw.

Before I talk about it, let’s test that theory. Play the embedded YouTube video below. Your task is to count the number of times the players in the white jerseys pass the basketball. As you watch the video, pretend you’re at work, and do this with the same eagle-eye focus you would use in a deadly threat encounter. Count the passes as though your life depends upon it.

If you’ll pardon the pun, this video is pretty eye-opening to the reality of seeing. Police administrators and investigators must learn, acknowledge and educate the public to the fact that just because something is right on the video, it doesn’t necessarily mean the officer actually saw it at the time.

It’s called selective attention and he explained like this: “Once you intently focus on anything, it is hard to focus on other things.”

Once your visual focus becomes locked on one thing (selective attention), it creates a condition Lewinski called inattentional blindness. Simply put, you won’t see what you’re not looking for, even though the body worn camera might capture it on tape. Can you see how this could become a major issue in court when the plaintiff’s attorney plays a tape of something an officer did not see? How would you explain not seeing the bear in the video you just watched? Selective attention/inattentional blindness.

Now to really compound the problem, let’s discuss point No. 2. Officers are likely to experience tunnel vision during high-stress events. Some of the body worn cameras are advertised that they have a 75-degree field of vision. Under high levels of stress, Force Science research has shown that an officer’s field of vision may narrow to as little as two to four degrees.

Put your hand out in front of you at a full arm’s length. Put your index finger and thumb together, forming a circle. Now look through that circle and note how diminished your field of vision is. While everyone’s tunnel vision will have varying degrees, this approximates tunnel vision under extraordinary stress; and gives you an idea of how seriously an officer’s visual perception can be hampered.

Now combine that level of tunnel vision with inattentional blindness, and I think everyone can see the potential problems these perceptual alterations can cause. Officer’s body cameras are going to capture details of events that the officer will not see at the time it is recorded.

The vast majority of people who watch do not see the bear in the video the first time. This is with nearly zero stress. So should it surprise anyone when officers miss details of an event under life-threatening stress? If you will be investigating the contents of their video captures don’t be surprised when an officer’s recollection of an event does not exactly match what was captured by the officer’s body worn camera.

Make sure you really understand the effects of stress on human perceptions. Don’t make assumptions that people have video-like perception skills. They don’t and they won’t. Unless you fully understand this, it’s easy to believe the involved individual is being untruthful when questioned about an event that is caught on video. Once again officer, please explain how you didn’t see the moon-walking bear?

For more information on these perceptual alterations, visit ForceScience.org.

Author and Sergeant Charles E. Humes, Jr. retired from a large Midwestern police department after 32 years of service. Humes is recognized internationally as one of the pioneers of modern, realistic police defensive tactics training. He has taught seminars and instructor certification schools as far West as Alaska and as far East as North Carolina; and has trained police instructors from as far as Hong Kong.  Sergeant Humes is the author, director, editor, and producer of a top selling police video training tape entitled DYNAMIC STRIKING TECHNIQUES. It is in use by police departments, training academies, and individual officers worldwide including members of the Anti-Terrorist Unit at London’s Heathrow Airport. With an unwavering personal commitment to excellence and professionalism, Humes’ passion is to give students the best, in no-nonsense, street-proven effective, tactics, techniques and concepts.

After 32 years of law enforcement service with a large urban police department, Charles E. Humes, Jr. honorably retired at the rank of Sergeant in 2015. Independently achieved, he is recognized internationally as one of the pioneers of modern, realistic police defensive tactics training. He has taught seminars and instructor certification schools as far West as Alaska and as far East as North Carolina; and has trained police instructors from as far as Hong Kong.
He was a 2016 recipient of the Ohio Distinguished Law Enforcement Training Award from the Ohio Attorney General’s Office.
Share and speak up for justice, law & order...
Tags: Technology Communications