A Black Lives Matter leader Hank Newsome has declared war on law enforcement and plans to release a blueprint for change that involves Black Panther style armed ‘patrols’ monitoring the behavior of officers on the streets.

WHERE IS THE BODY CAMERA FOOTAGE

Hawk Newsome, Chairman of BLM’s Greater New York chapter, says the black rights group is ‘mobilizing’ its base and aims to develop a highly-trained ‘military’ arm to challenge police brutality head on.

In an exclusive interview, Newsome says the BLM movement has marched for years to wake people up to the realities of police brutality and oppression.

And he believes that since the tragic death of George Floyd – – people have awakened. 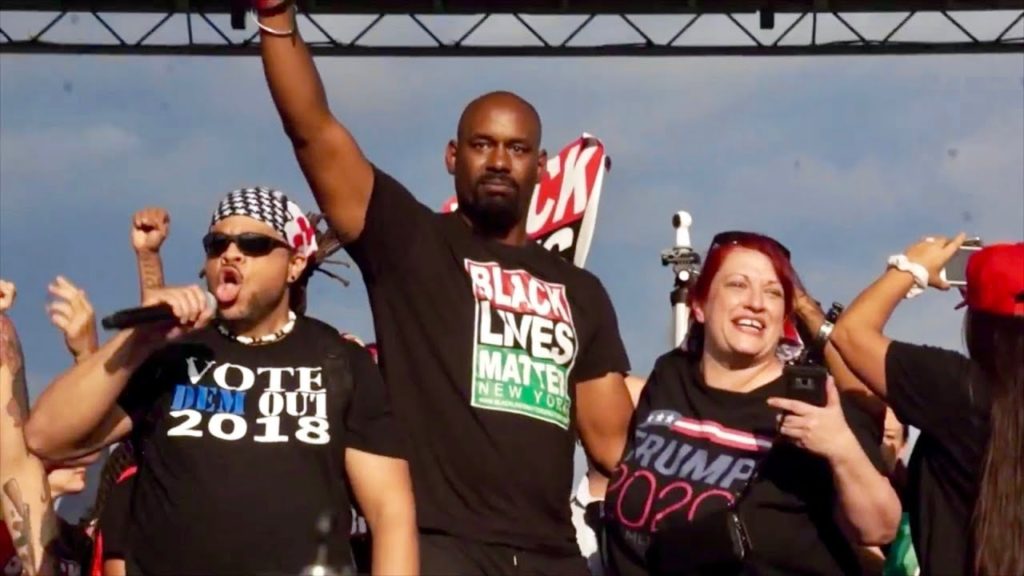 He told Daily Mail TV that “we want liberation. We want the power to determine our own destiny. We want freedom from an oppressive government, and we want the immediate end of government sanctioned murder by the police.”

Black Lives Matter has mobilized tens of thousands of activists in the wake of the George Floyd death.

Citing that police have “waged war on black people for decades,” he plans to escalate the battle.

“We have black Special Forces officers advising us, and we will teach and train people in our communities, the Black Ops department of Black Opportunities,” he said.

And if states allow open carry, they will be weaponized, he said.

Founded in 1966 the Black Panther Party’s core practice was its open carry armed citizens’ patrols – known as cop watching – to monitor the behavior of officers of the Oakland Police Department and challenge police brutality in the city.

But members of the BPP were involved in a string of fatal firefights with police, while many others were convicted of assaulting dozens of police officers.

However, the group emerged as one of the most influential black movement organizations of the late 1960s and at its height in 1970 it had 68 offices and thousands of members across America.

“We pattern ourselves after the Black Panthers, after the Nation of Islam, we believe that we need an arm to defend ourselves,” he says.

Refusing to work with law enforcement, Newsome says that “I see us policing ourselves. I see us teaching black people how to police their own communities.”