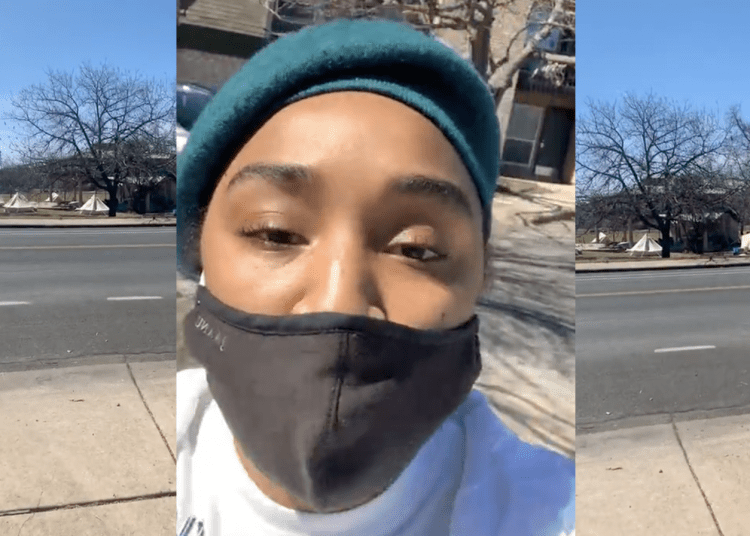 AUSTIN, Texas — The black autonomous zone — Orisha Land — that has been developing in Austin over the past several weeks was apparently served a notice by the city to vacate public property. The group is incensed over the notification and promised they “are not f***ing going anywhere.”

The developers of the Austin’s “sovereign citizen” collective called Orisha Land reject state authority to “protect Black liberation and prosperity,” Law Officer reported on Tuesday. We reached out to city authorities for a comment, but never received a reply.

On Wednesday, a woman believed to be one of the group’s leaders, Njera Eshe Emeya Keith (according to her Instagram profile), said city authorities “tried to deliver a notice to vacate.”

The Austin Police Department issued a press statement  on Wednesday, March 3, 2021, regarding the officer-involved shooting of Jordan Walton.

The Austin Police Department continues to investigate the officer involved shooting that occurred during the evening hours of Wednesday, February 10, 2021.

At approximately 5:18 p.m., the Austin Police Department responded to a 911 call of a black jeep that crashed into a house at the intersection of Rogge Lane and Manor Road. The caller stated a male subject left the scene of the crash on foot.

Austin 9-1-1 received a separate call at 5:21 p.m. from a resident in close proximity of the crash. This caller stated that someone broke into their residence. APD officers responded to the second caller’s location and attempted to make contact with them. While at the front door, a disturbance was heard inside and patrol officers forced entry into the residence. The suspect fired a gun at officers and a patrol officer returned fire. APD SWAT was requested and arrived on scene.

The suspect exited the residence holding a child hostage. An APD SWAT Officer fired a shot, striking the suspect, who was then pronounced deceased on scene. The child and female inside the residence were brought to safety and uninjured.

This incident was captured on body worn camera. Per APD protocol, both officers have been placed on Administrative Leave. The two officers involved have 8 and 13 years of service with the department. APD will conduct two concurrent investigations into this incident: a criminal investigation by the APD Special Investigations Unit in conjunction with the Travis County District Attorney’s Office, and an administrative investigation conducted by the APD Internal Affairs Unit, with oversight from the Office of Police Oversight.