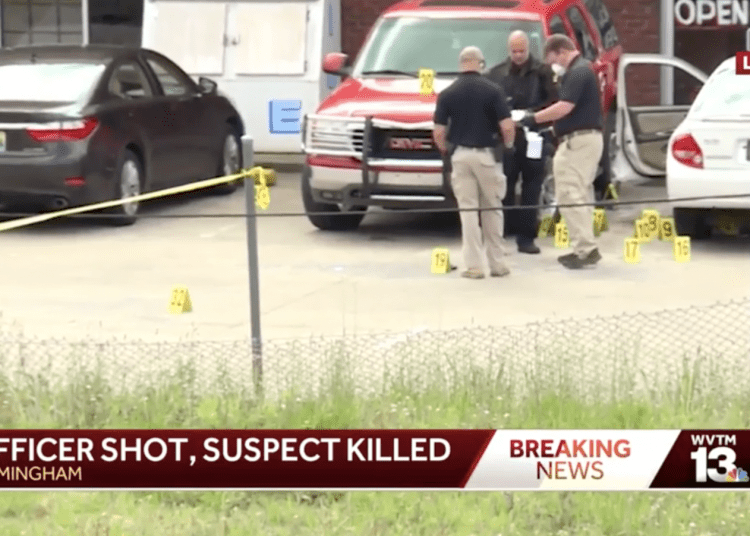 BIRMINGHAM, Ala. – A Birmingham police detective was injured in a deadly shooting outside a restaurant Friday morning.

According to Birmingham Police Chief Patrick Smith, the detective was shot in the arm and hand after confronting a person who had caused a disturbance inside Ruth’s Cafe on 24th Street North. Smith said the suspect was also shot and later died at the hospital, WVTM reported.

The wounded detective was identified as Mikiel Smith, 47. He was shot outside of Ruth’s Cafe after restaurant staff asked for help with removing a guest who would not pay for a meal.

Sgt. Rodarius Mauldin said Det. Smith was at the restaurant prior to the shooting. Mauldin said when Smith went to confront the suspect outside of the business, the detective was immediately met with gunfire.

Chief Smith said the detective was able to return fire even though he was wounded.

Birmingham Fire and Rescue transported Det. Smith to UAB Hospital due to the gunshot wounds he sustained. Smith, who has 19 years of service with BPD, is expected to make a full recovery.

The suspect was also transported to UAB, where medical staff pronounced the person dead, according to WVTM.

The State Bureau of Investigation is the lead agency handling the shooting.