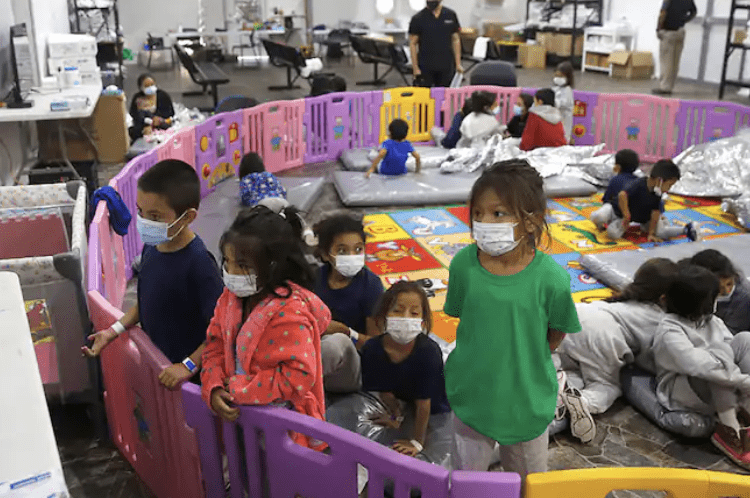 The Biden administration has offered thousands of federal employees four months of paid leave if they’ll volunteer to take in migrant children who have crossed the U.S.-Mexico border illegally.

The administration emailed the federal workers asking for help with Unaccompanied Alien Children, or UACs, according to The New York Times.

“The desperate plea landed this week in the email inboxes of employees in government agencies like the Department of Homeland Security and NASA: Will you consider taking a four-month paid leave from your job to help care for migrant children in government-run shelters packed with new arrivals at the border?” The Times reported.

“The request to much of the federal work force came from the Department of Health and Human Services, which is at the heart of a frantic effort by the Biden administration to keep up with a surge in young people crossing the southwestern border hoping to reunite with relatives already in the United States,” the paper wrote.

Texas Gov. Greg Abbott on Sunday said on Fox News that he thinks the number of UACs will be higher than the 35,000 the Biden administration estimates will be in custody by June, Daily Wire reported.

Nevertheless, that will not occur, according to the White House.

“Well, first we take safety and the well-being of children in our care very seriously, hence our earlier conversation about the funding spent to keep them safe during the pandemic,” White House press secretary Jen Psaki saidd. “His claims will be looked into and investigated by the Department of Health and Human Services.”

She added: “Currently we have no basis for his call to shut down the San Antonio Freeman Coliseum as an intake site but we will of course — we take these allegations seriously and they will be investigated.”

Gov. Abbott called on the Texas Department of Public Safety and the Texas Rangers to immediately open an investigation.