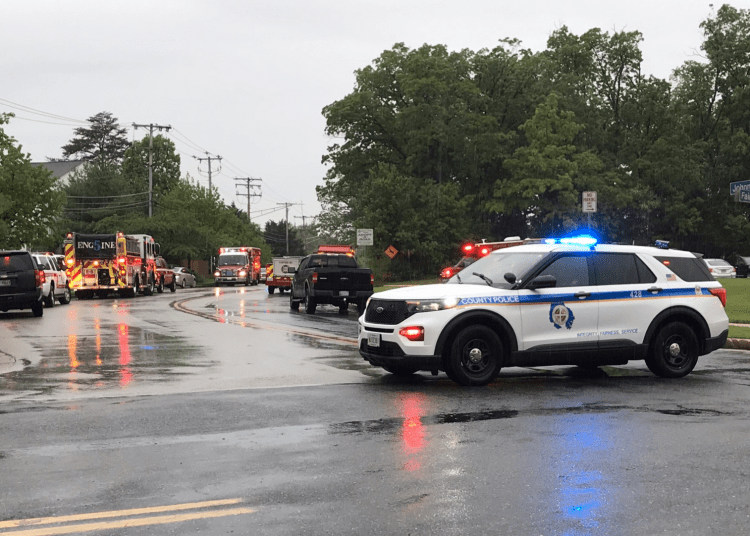 Baltimore County Police have offered a critical incident briefing on this case. See below.

BALTIMORE COUNTY, Md. — Officers with the Baltimore County Police Department on Saturday morning shot and killed an active shooter, allowing firefighters to contain a related two-alarm fire on the scene. In a press conference, police spokesperson Joy Stewart said that a total of three people had died in the incident, including the suspected shooter, and that two other people were injured. An additional two people remained “unaccounted for” as of Saturday morning, but they were located by early afternoon, Law & Crime reported.

#UPDATE: confirmed 1 suspect is deceased, 2 victims are deceased, 1 victim is critically injured, 1 victim has non life threatening injuries. The 2 individuals who were unaccounted for were located. #BCoPD & BCoFD are still searching the scene for possible additional victims. ^DM

The police and fire departments were called to the 7300 block of Maury Road in Woodlawn at approximately 6:40 a.m. based on reports of an active shooter and fire.

When responding officers arrived on scene they found one armed suspect outside, but noted that the threat was soon “neutralized.”

A fire department spokesperson said firefighters arrived almost simultaneously with police and were able to immediately begin working on the blaze, a gas-fed fire that continued burning until the gas company turned off the gas, Law & Crime reported.

“The fire started second-in from an end-of-group town home and spread to the two adjacent town homes,” the fire department said. “The fire building of origin as well as the residence directly to the right on the end of the group have collapsed. The third structure saw heavy damage.”

Structural damage, coupled with the contained but still-burning fire, made it unsafe for police officers to enter the premises, but Stewart said Saturday morning it was her understanding that the fire and the active shooter were directly related.

“At this point, because it is early on in the investigation, we’re trying to piece together what we can. I mean again, we have this fire that happened. We also have this suspect who was armed. How they’re all related, it’s really too early to tell at this point,” Stewart said.

#BREAKING: Multiple firefighters and police crews at the Security Park Apartments in Woodlawn for reported deadly fire. We are waiting to hear from @BaltCoPolice @wbaltv11 pic.twitter.com/8ez5euULqj

The fire department spokesperson said it seemed likely incidents were related but could not confirm the correlation.

“We do know that we received the calls at the same time,” he said. “That’s part of the investigation we haven’t really dug that far into yet.”

He also noted that the two alarm designation meant that approximately 120-150 firefighters and 40 individual pieces of equipment were needed to contain the fire, Law & Crime reported.

The investigation is ongoing, but it is believed that the fire originated in the town house where the shooting took place.

The identities of the victims have not been released.