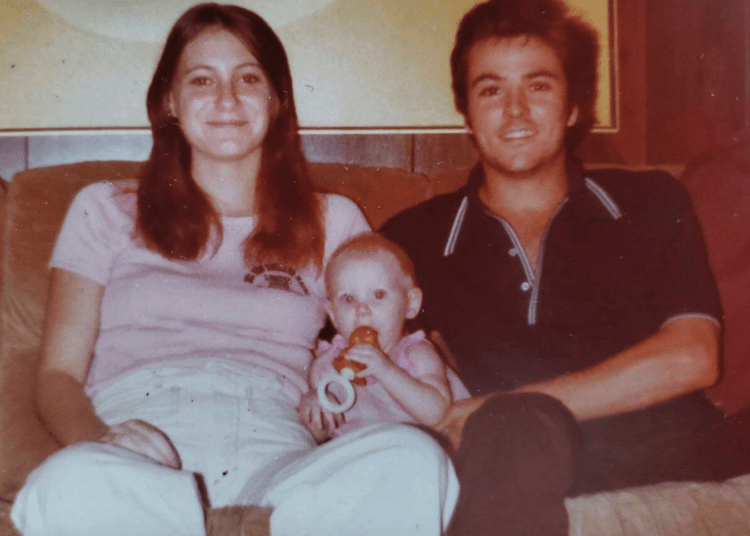 TAMPA, Fla. — A baby who went missing after her parents were killed in Texas has been found alive more than 40 years later, Texas Attorney General Ken Paxton announced in a press release.

Holly Marie Clouse was identified as the missing infant, and she is alive and well in Oklahoma. She is also the mother of five children and two infant grandchildren, The Houston Chronicle reported.

Holly Marie’s parents, Harold Dean Clouse, 21, and Tina Gail Clouse, 17, vanished suddenly in 1980. The couple had recently moved from Volusia County, Florida to Texas so Harold could pursue carpentry work. Their daughter was born in Texas, according to KHOU.

In 1981, a dog discovered the couple’s remains in some woods in Harris County. According to the news outlet, the couple suffered a violent death.

Authorities revealed that Harold Clouse had been beaten, bound and gagged while Tina Clouse had been strangled. There was no sign of a baby, and the couples’ identities remained a mystery for years, WFLA reported.

The Clouse’s bodies were exhumed in 2011 and a decade later, in 2021, they were positively identified using new DNA technology.

This couple was killed in 1980, but their remains weren’t ID’d until Oct. 2021. As two mysteries were solved, another was uncovered. @Allison_Peacock learned the couple had a one year old baby. @TXAG cold case unit took on the case & with help they found Holly Marie alive. @KHOU pic.twitter.com/vmQnXKI61L

Thus far, no arrests have been made in their deaths.

This week, authorities announced they found their daughter. They said Holly Marie, now 42, is alive and residing in Oklahoma.

Investigators visited her at her workplace on Tuesday, serendipitously, her father’s birthday, and informed the woman of the case. Within hours, she met her biological family on a Zoom call, the Chronicle reported.

“Finding Holly is a birthday present from heaven since we found her on Junior’s birthday,” her grandmother, Donna Casasanta said, in a statement released by a family spokeswoman. “I prayed for more than 40 years for answers and the Lord has revealed some of it.”

“I believe Tina is finally resting in peace knowing Holly is reuniting with her family,” Sherry Green, Holly’s aunt said, according to KHOU.

The case was pieced together by the Volusia County Sheriff’s Office in Florida, officials in Texas, and the National Center for Missing and Exploited Children.

“It’s one of the most meaningful things I’ve ever been a part of,” Det. Steve Wheeler of the Volusia County Sheriff’s Office said. “It’s a once in a lifetime thing to play even a small part in reuniting a family after 40 years.”

The investigation into the murders of Tina and Dean Clouse is ongoing.

Holly was raised by a family who adopted her, the New York Post reported.

Her adoptive family are not suspects in the on-going murder investigation for Holly’s parents, according to the Texas Attorney General’s office.

“Baby Holly was left at a church in Arizona and was taken into their care,” said Texas First Assistant Attorney General Brent Webster. “Two women who identified themselves as members of a nomadic religious group brought Holly to the church. They were wearing white robes and they were barefoot. They indicated that the beliefs of their religion included the separation of male and female members, practicing vegetarian habits and not wearing or using leather goods. The women indicated they had given up a baby before at a laundromat.”

“It is believed that this particular group traveled around the Southwestern United States, including Arizona, California and possibly Texas. There were sightings of this religious group around the Yuma, Arizona area in the early 80s. The women members would be seen around town at various points, asking for food.”

The Texas AG’s office also disclosed that a person who might be a member of this same cult contacted the dead parents’ families in late December 1980 or early 1981.

“The families of Tina Linn Clouse and Harold Dean Clouse received a phone call from someone identifying herself as ‘Sister Susan,’ who explained she was calling from Los Angeles, Cali. and wanted to return Tina and Dean’s car to their family,” said Webster. “She further stated that Tina and Dean had joined their religious group and were no longer wanting to have contact with their families. They were also giving up all of their possessions. Sister Susan asked for money in exchange for returning the car to Florida where the family lived.”

The family agreed to meet Sister Susan at the Daytona Racetrack and contacted law enforcement authorities about the meeting.

“The family described meeting two different women and possibly one male, and once again, these women were wearing robes and appeared to be members of this religious group,” Webster elaborated. “The police reportedly took the women into custody, but there’s no record of a police report on file that had been found as of yet. Given the age of this case, that is common. We’re still on the hunt for that police report.”

The vehicle that was returned was Dean’s. It was a 1978, two-door, red burgundy AMC Concord.

The Texas AG’s Office believes the Clouses were likely murdered between December 1980 and early 1981. Their bodies were dumped in a wooded area near Houston, although the young couple lived several hours away in Lewisville, Texas, north of Dallas.

The Texas AG’s Office is seeking people with information to come forward. They would not identify who Holly was and did not give any details about how exactly she got into the hands of the religous group after the killing, which remains unsolved. They also declined to take questions from reporters during a Thursday press conference.