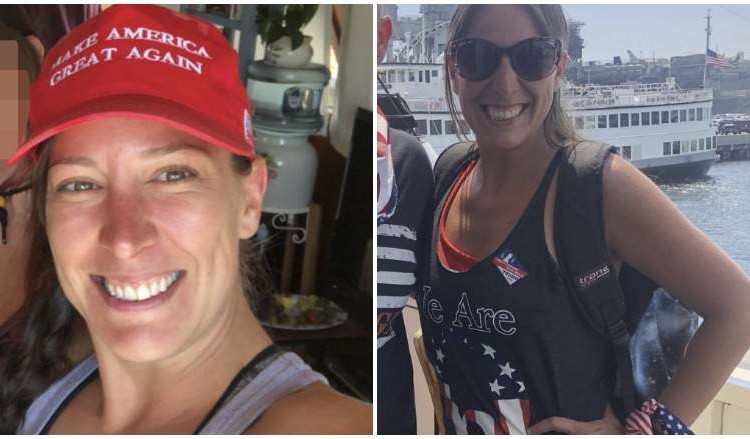 Washington D.C. – Lost in the chaos of last week’s events at the United States Capitol was the police shooting death of Air Force veteran and small business owner, Ashli Babbitt.

It’s reported that Babbitt attended the protest in Washington D.C. and was attempting to go through one of the windows in the doors that had been barricaded at the Capitol.

Babbitt was unarmed and the only person shot that day.

The media, activists and just about everyone else that justified violent riots over the summer over the death of George Floyd….who was not shot by law enforcement….have remained silent in the aftermath of her death.

That should tell you a lot about their “cause.”

Whenever an “unarmed” person is shot, that seems to give the absolute right to destroy, riot and even hurt others. Certainly we saw plenty of that this summer. Officers were murdered, hundreds of businesses were destroyed and billions of dollars in property damage was caused.

All along, not one suspect was ever killed in a way that Babbitt was. She was unarmed and not attacking a police officer.

We have looked frantically for any media outlet, anywhere, that has discussed this police shooting.

We have not found it.

Does that not seem strange when countless stories have emerged in recent years after suspects were shot by law enforcement for doing a lot more than Babbitt was doing.

After all, Jacob Blake threatened officers with a knife and professional sports took the day off in protest.

Michael Brown committed a robbery and physically attacked a police officer and the country lost their mind and we could continue but we won’t.

The hypocrisy from everyone is sickening and it tells you exactly what all of this, all along , has been about.

We don’t know what he’s trying to say but it’s not hard to see how BLM would have been treated. We watched for months this summer as our cities were ravaged by violent mobs and the last we checked, no one was gunned down in the street, breaking into a business or at all. In fact, the images we saw this summer made what Babbitt did before her tragic death look like charity work. Biden can explain his nonsense but he obviously believes that America is stupid to not see the division he is trying to cause by that statement.

The rhetoric and the dismissal of a young lady being killed unarmed for misdemeanor trespassing is beyond ludicrous. Especially considering the constant outrage for the killing of actual violent felons over the years.

Yes, you read that correctly. It is a misdemeanor to enter unlawfully into a federal building. If she was breaking a window, add vandalism to that charge.

Some have told us that due to the high profile politicians behind the door, there was a “shoot to kill” order.

Obviously that is not correct nor should it ever be in the United States. The last we checked, there were many more than Babbitt that would have been shot so that theory doesn’t work.

We absolutely disagree with what happened in Washington D.C. last Wednesday when the Capitol was attacked but does that mean Ashli Babbitt should be dead for trespassing?

The Media Tells Us What To Be Outraged About…..

Unlike other media outlets, we will not judge the actions of this police officer until we hear more facts but today we are merely pointing out the rank hypocrisy of all those so called police “reformers.”

They are a joke because unless the particular incident fits into their political narrative, they ghost on what they say they believe.

There are plenty of stories written about Ashli Babbitt today and they are couched in her conspiracy theory beliefs, her support of President Trump and a host of other ridiculous items that have nothing to do with her being shot dead.

Yes, that’s the same media that will try to cancel you if you point out the violent criminal history of someone ever shot by police. And violence prior to attacking law enforcement seems to make much more sense than how anyone votes in an election.

American Citizens Are Being Played By The Media…..

To the media, it seems that her death and the circumstances that surround it mean nothing because after all, she was a supporter of President Trump.

This is both evil and frightening but ultimately, it should expose everyone that gets up in the morning and looks for police incidents to rail against as the frauds that they really are.

Ron Martinelli, a forensic criminologist, retired police officer and author here at Law Officer, told the Washington Post that it was too soon to come to a conclusion about the shooting, but it appeared “problematic,” saying that the fact that Babbitt was crawling through a window was not reason enough to open fire.

Martinelli is correct and in the coming weeks we will know more and we will tell you what we find out but just don’t ever think anyone else will.

And that fact alone should give you pause anytime, anyone, tries to tell you how racist and brutal cops are.