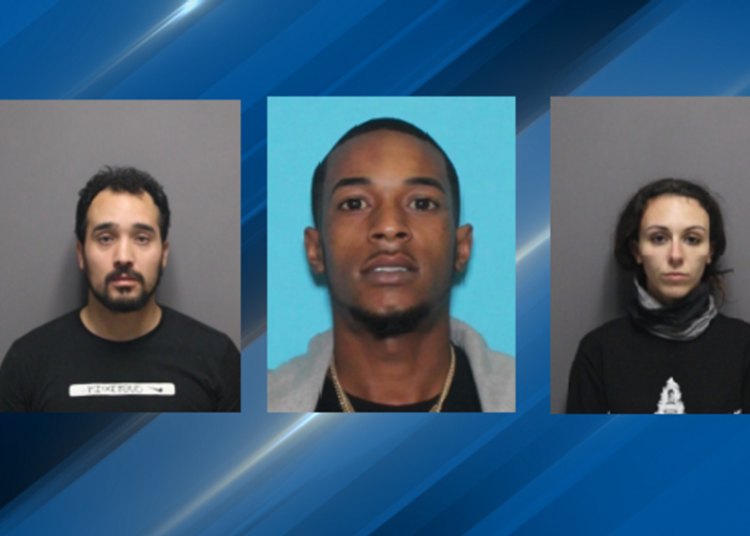 A Cranston (RI) police officer was attacked by a group of motorcycle and ATV riders over the weekend after an attempt was made to arrest one of the drivers.

The officer, who has yet to be identified, noticed approximately 30 motorcycles and ATVs speeding and weaving in and out of traffic Friday afternoon before one of the drivers dropped her motorcycle in the middle of the road to block traffic.

According to NECN, Shyanne Boisvert, 23, of North Providence is accused of pushing the officer who approached her on foot, and as he handcuffed her.

Several other drivers circled the officer in a threatening manner.

The officer was attempting to arrest Boisvert and was kneeling in the roadway to handcuff her when one of the drivers ran over the legs of the officer.

BABY GIRL DIES AFTER FAMILY DOG FOUND LAYING ON HER

Additionally, another rider smashed out the back window of the police cruiser.

Eduardo Rivera, 33, of Warwick, is accused of running over the officer’s legs with his ATV before fleeing and later crashing into a cruiser.

Kemoni Mitchell, 22, of Providence, is accused of leading police on a chase and striking a passing car.

.@Cranstonpolice have arrested and charged Eduardo Rivera, Kemoni Mitchell, and Shyanne Boisver following an assault on an officer and a pursuit through Johnston and Providence this afternoon. @ABC6 https://t.co/8OimhjRAAl pic.twitter.com/AtdLu7xHyk

The individuals are facing a variety of criminal charges, such as felony assault on a police officer, possession of cocaine, reckless driving and eluding a police officer in a high-speed pursuit, according to a statement released by Police Chief Michael Winquist.