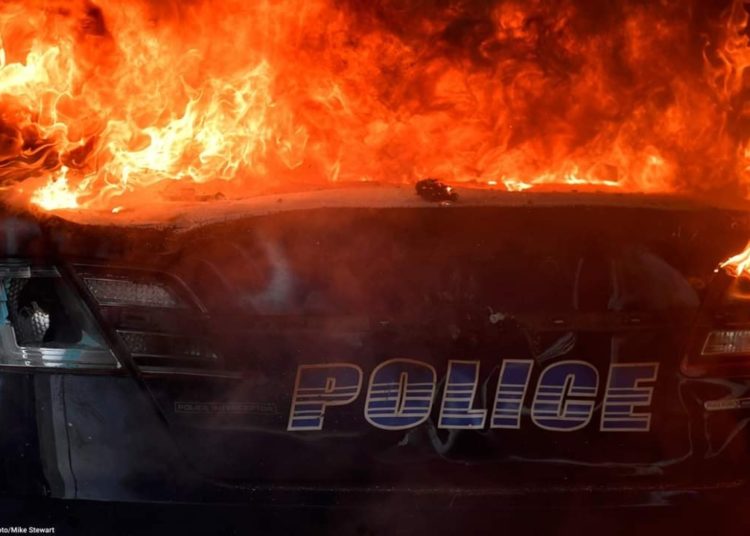 Multiple sources in the Atlanta area are telling Law Officer that multiple Atlanta police officers are walking off the job now.

The report comes after charges were filed on the two Atlanta officers involved in the Rayshard Brooks incident.

Police were called to a Wendy’s after a report came in that Brooks was asleep in his car in the drive-thru window.

When cops arrived, he was initially compliant until he fought both officers, eventually taking a taser away from an officer and fleeing.

When he turned and fired the taser at an officer he was shot and killed.

Today, Fulton County District Attorney Paul Howard  announced murder charges and his intent to pursue the death penalty along with multiple other charges on both officers. 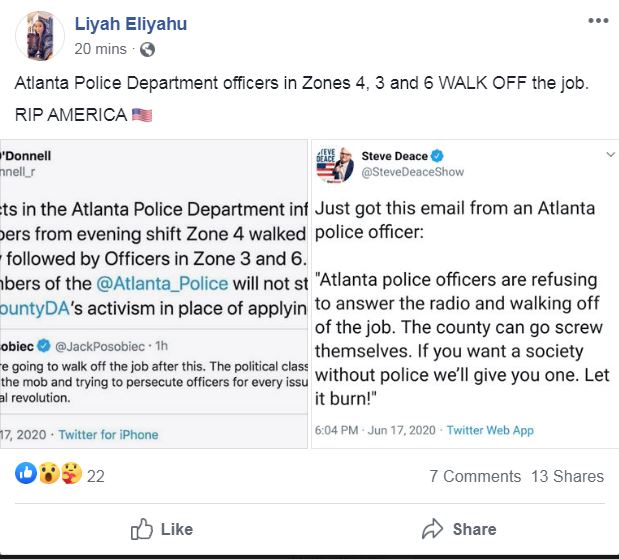 One source advised Law Officer that “…..entire zones of Atlanta PD Officers just drove their cars to their precincts, dropped off their keys and went home.”

We have not confirmed the reports with the agency.

Reports also indicate that surrounding agencies have refused to assist the city as protests and riots are popping up in the city limits.

Two weeks ago, the DA in Atlanta who's currently charging Officer Garrett Rolfe in the Rayshard Brooks case charged police officers with aggravated assault for using a taser on protesters.

"A taser is considered a deadly weapon under Georgia law" pic.twitter.com/ZQfsjllEQS

Scanner traffic in Atlanta is mostly silent and it is unknown whether officers have resigned or simply refused to work.

A national sentiment, asking Atlanta Police to submit to the “Blu Flu” has floated online for days.

“Blu Flu” is a reference to massive amount of officers calling in sick. 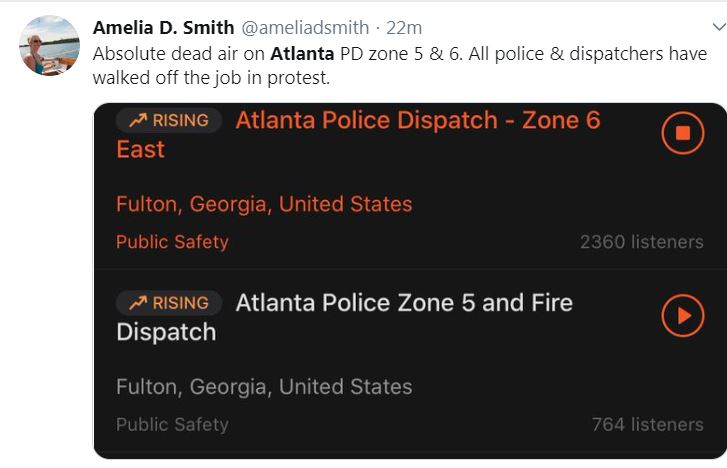