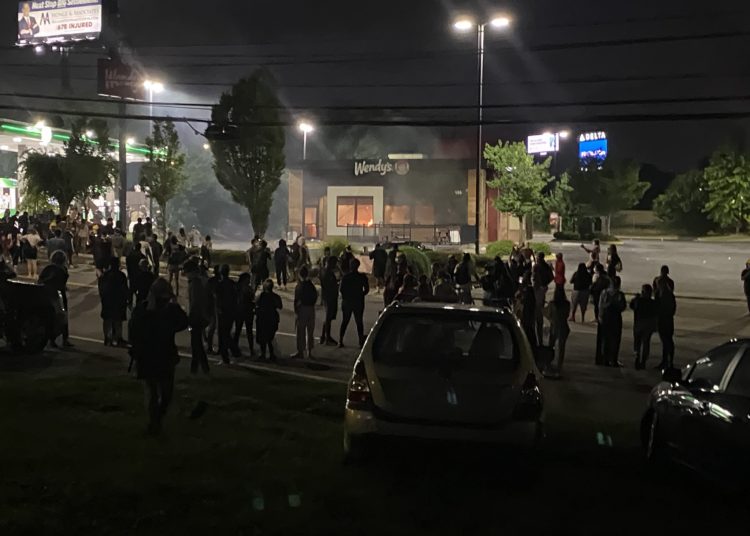 The Atlanta police officer who fatally shot Rayshard Brooks in the back after the fleeing man pointed a stun gun in his direction will be charged, a prosecutor said Wednesday.

In addition to felony murder, several other charges were added including aggravated assault for shooting in the direction of an occupied car, standing on the suspect’s arm after he was shot as well as the failure to render aid.

The other officer on the scene was also charged with three counts of aggravated assault and failure to render aid.

Both officers have been told to turn themselves in by Thursday.

Fulton County District Attorney Paul Howard made the announcement about officer Garrett Rolfe during a news conference. Rolfe had already been fired after he fatally shot Brooks, 27, on Friday night. 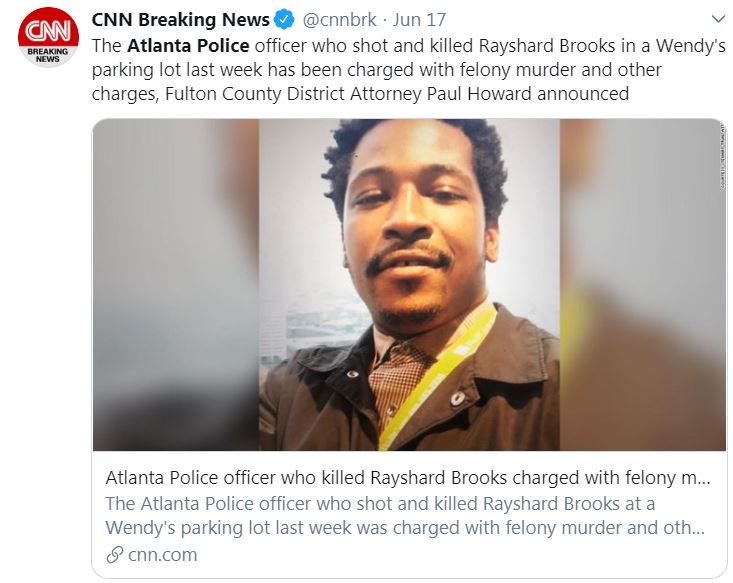 According to 10News, Police were called to a Wendy’s fast food restaurant over complaints of a car blocking the drive-thru lane. An officer found Brooks asleep behind the wheel of the car and called for another officer to do field sobriety testing.

The shooting sparked riots which included to burning down of the Wendy’s, the location of the shooting.

Body camera footage shows Brooks and officers having a relatively calm and respectful conversation for more than 40 minutes before things rapidly turned violent.

Brooks wrestled with officers, snatched one of their stun guns and turned and pointed it at one of them as he ran through the parking lot.

Several law enforcement leaders have voiced their concern over the charges, saying the shooting was justified and protected by Georgia law — which allows a person to use deadly force “only if he or she reasonably believes that such force is necessary to prevent death or great bodily injury to himself or herself or a third person.”

Share and speak up for justice, law & order...
Tags: atlantaNews