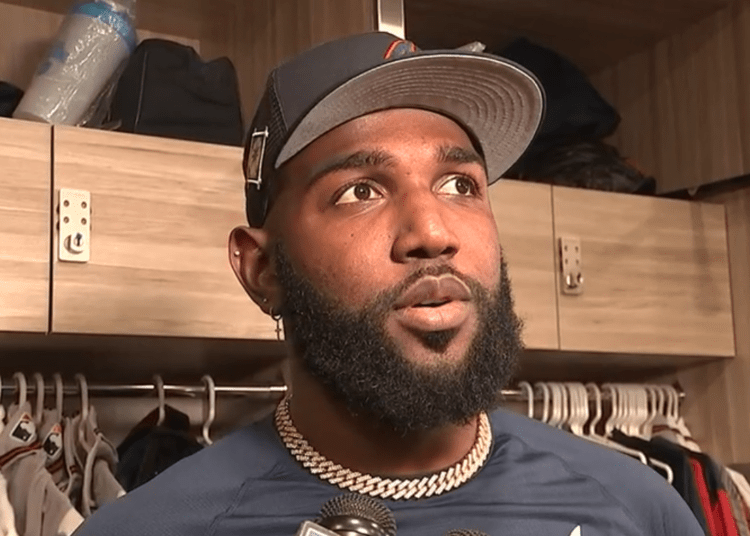 GWINNETT COUNTY, Ga. — Atlanta Braves outfielder Marcell Ozuna was arrested Friday morning in the city of Norcross for DUI. The star outfielder was previously arrested in 2021 on domestic violence charges.

Norcross police arrested Ozuna, 31, on DUI charges and booked him at the Gwinnett County Jail around 4:30 a.m., according to jail records, WSB-TV reported.

The DUI arrest is the latest legal trouble for the talented Braves outfielder. Ozuna was arrested in May 2021 for domestic violence. Sandy Springs police said they witnessed him choking his wife and slamming her against a wall, which led to the arrest, Law Officer reported at the time.

Ozuna’s wife told police that she and her husband were having an argument over infidelity before he choked her and threw her against the wall, according to court documents.

He was originally charged with aggravated assault by strangulation. However prosecutors dropped the felony charge in July and the ballplayer still faced misdemeanor charges of family violence battery and simple assault, WSB-TV reported.

Ozuna later agreed to participate in Georgia’s pre-trial diversion program. It allows criminal offenders to complete requirements prior to a court date in exchange for their case being dismissed.

Under the September agreement, there was a list of conditions that Ozuna was required to complete within six months, the news outlet reported.

As part of requirements of a pretrial diversion program to have the domestic violence charges dropped, Ozuna was required to serve six months of probation and complete a 24-week family violence intervention program, at least 200 hours of community service and an anger-management course, according to ESPN.

Major League Baseball retroactively suspended Ozuna for 20 games without pay while he was on administrative leave during the investigation. He rejoined the Braves organization this season.

After returning to the Braves in 2022, he said in May, “I’m going to give you the best and I’m going to be a better person.”

The two-time All-Star is in the second year of a $65 million, four-year contract with the Braves. He is batting .214 with 20 home runs this season while recently being relegated to a platoon role at designated hitter and left field.

Ozuna was released from jail on a $1,830 bond for the DUI offense at 8:12 a.m. on Friday. It is unclear what action the Braves and MLB will take.

MLB star arrested after police witness him choke wife, slam her against wall