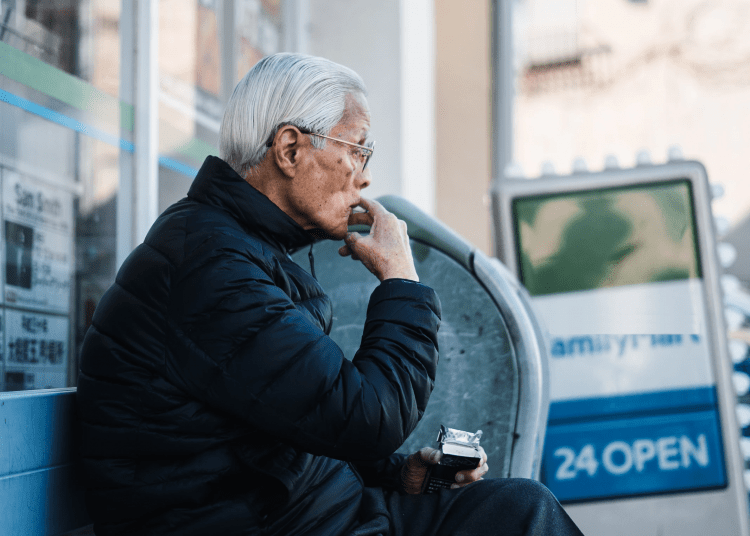 Even before the tragic massage parlor shootings outside Atlanta, the media has been strangely labeling white supremacists as the number one enemy of Asian Americans.And even though the suspect explained that his motive was to eliminate sexual temptation—and race was not a factor—the news media narratives seem to be carrying on with even more ignorant fervor.

In fact, it seems as though the announcement from investigators about the actual motive only seemed to anger the media. And after attacking the Cherokee County Sheriff’s Department spokesperson, they inexcplicably resumed pumping out headlines and misinterpretations to ensure the idea of “white supremacists” was burned into minds of America’s news-reading public. For example, the headline of this “opinion” article speaks of bigotry and hypocrisy if nothing else:

Black Lives Matter even jumped at the white supremacy bandwagon when they called for an eradication of white supremacy because of the attacks on Asians. There’s just one slight problem with all of this rhetoric…

Even more troubling, it isn’t exactly difficult to find out who is victimizing Asians in the United States. While the Department of Justice has oddly hidden racial demographics of suspects in hate crimes, the National Crime and Victimization data reveals a much different story. And the facts differ wildly from the absurd nonsense being spun on the nightly news and shared on social media. 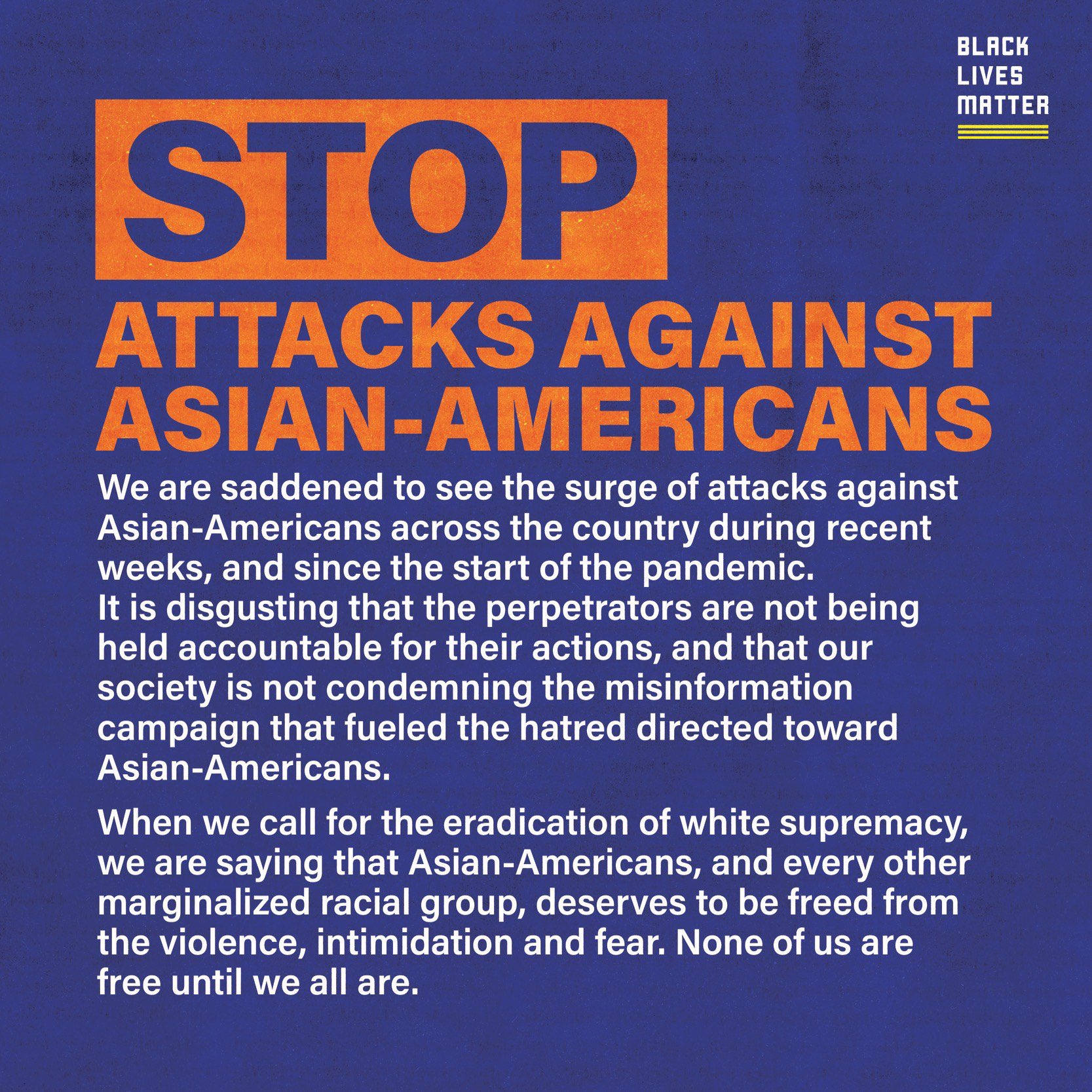 Violent crime data from 2018, the latest data directly available, shows 182,230 reports of Asians being victimized by violent crime. The data reveals quite a different perspective about victim and offender relations based on race/ethnicity:

Indeed, in 2018, 28% of the offenders involved in violent crimes against Asians were Black. And considering that blacks make up just 13% of the population, not only are they victimizing Asians at a higher rate—but an astronomically higher rate considering their minority status in America (if we were to follow the absurd rationale of The Washington Post and other media outlets).

Meanwhile, the media is spewing lies about “white supremacy”—perhaps all that “intersectionality” is a bit too overwhelming and too complicated for them to explain. Besides telling the truth, such as “most Asians were victimized by Blacks” hardly fits any of the popular narratives at the moment.

Unless you are brainwashed by the mainstream media and “woke” activists, law enforcement professionals could care less about debating race/ethnicity; we want to bring every person that victimizes anyone to justice. Yet the media seems so obsessed with race-baiting crime—and dividing America by race—that they are obviously ignoring the facts and stats just to keep seem somehow important.

Further, the media is also ignorant about “minorities” commiting hate crimes against other minorities, in their obsession with lies about “white supremacy.” However, many of the latest social media posts from the Asian Hate Crimes Task Force of the NYPD indicate suspects who hardly seem like typical white supremacists. 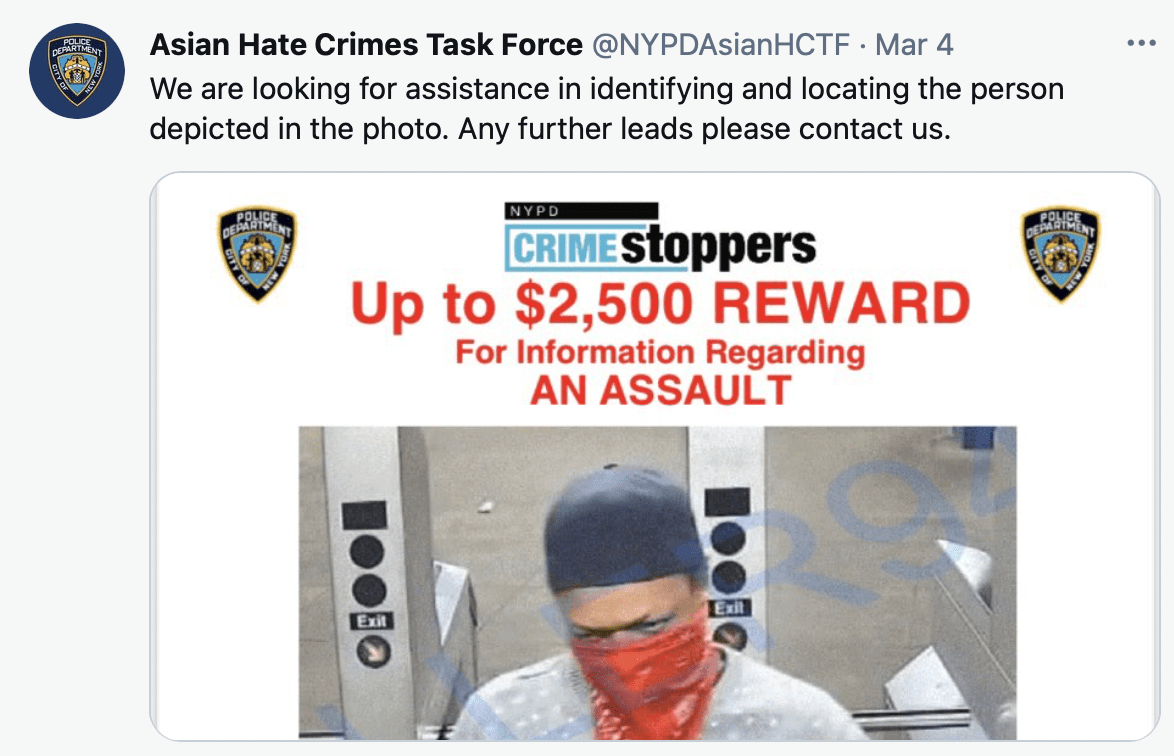 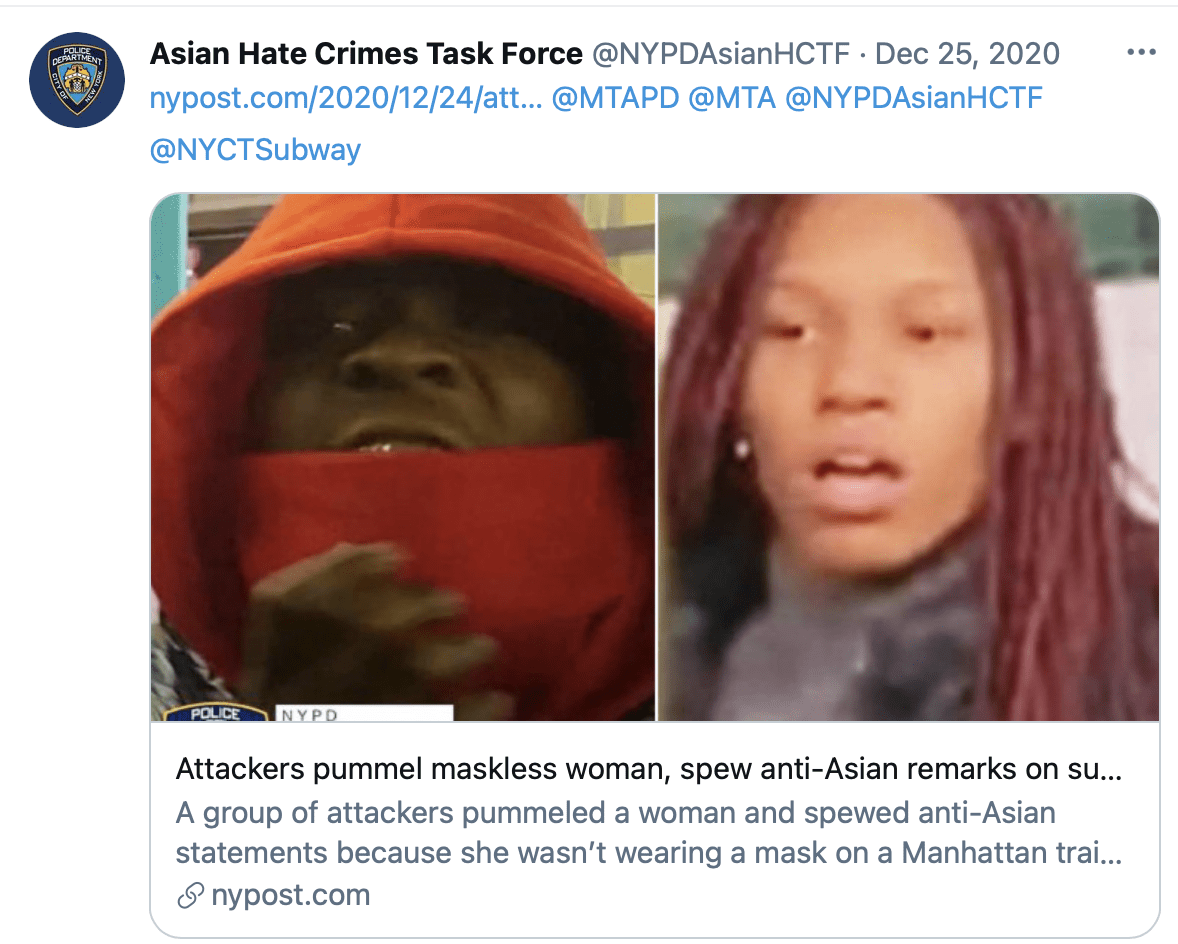 Aside from the obvious, the media is also overlooking some of the more significant aspects of crimes against Asians. For example, in an article published over a decade ago, titled “Resentment at the heart of racial beatings,” Thomas Sowell may have said it best: “Resentments and hostility toward people with higher achievements are one of the most widespread of human failings. Resentments of achievements are more deadly than envy of wealth.” 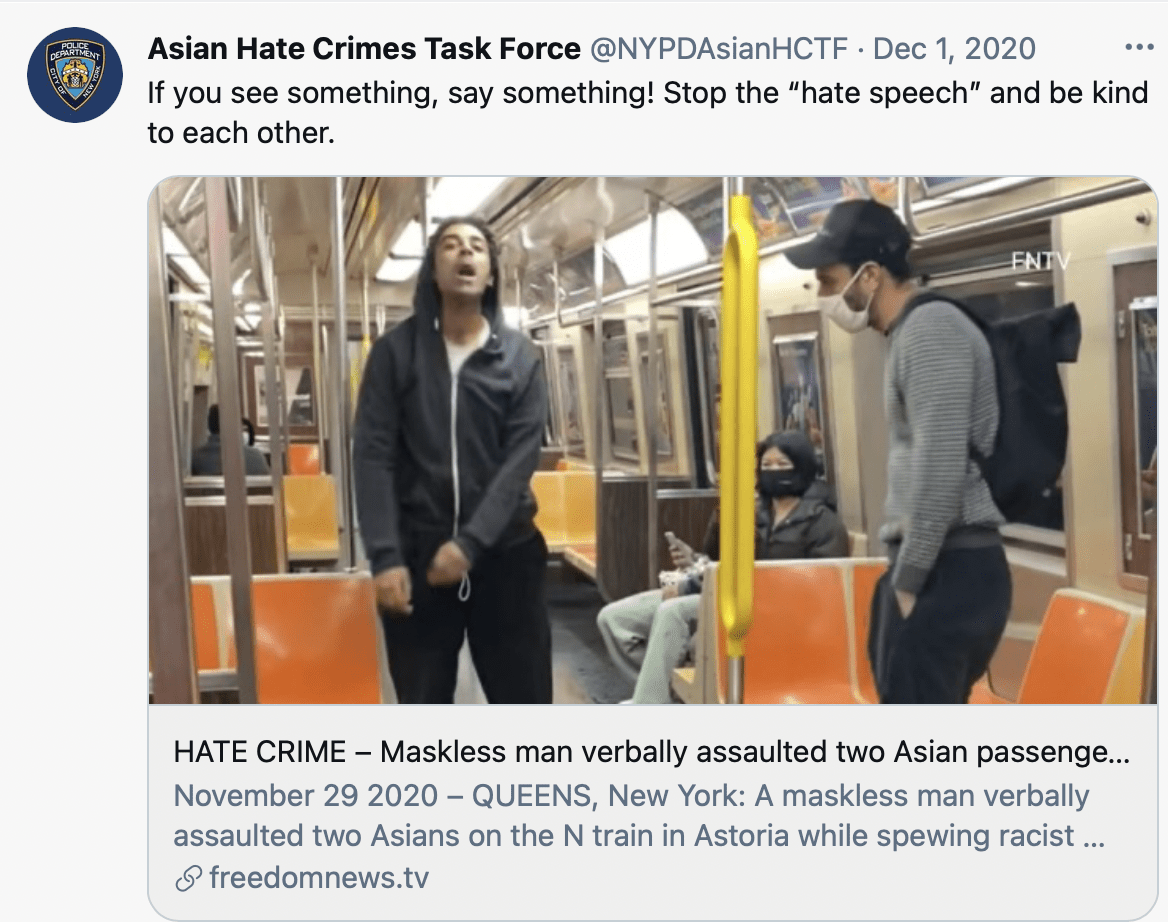 According to Sowell, Black hatred pointed towards Asians should hardly seem surprising:

“Why is it surprising that similar hostility is turned against Asian Americans, who are often achieving academically more so than whites?”

And the reason, points out Sowell, comes right back to the media.

“Many of our educators, our intelligentsia and our media — not to mention our politicians — promote an attitude that other people’s achievements are grievances, rather than examples.”

Crime is crime. And everyone, no matter their race, ethnicity or religion, deserves to live in a free society without the risk of being victimized by criminals. That is a story that every American should be able to get behind. Yet we can only wonder why the media isn’t telling this story.

And since everyone has been demanding accountability, we must demand accountability from politicians and the media as well—especially when they are ignoring facts, spinning lies, and consequently endangering people, no matter their race, religion, or whatever.

Law enforcement officers—the very ones who risk their lives to protect others—and their supporters must demand such accountability from those who demand accountability, yet do nothing but create divisions, stoke fear, and endanger others with their lies and ignorance.