Ashleyn Catlett has a history of reckless driving 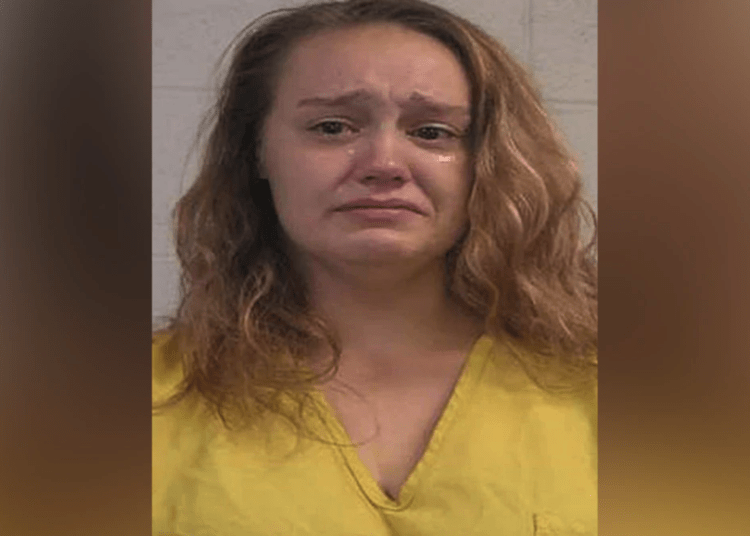 Ashley Catlett was arrested in connection with a deadly crash that killed an off-duty police officer. (Louisville Metro Department of Corrections)

LOUISVILLE, Ky. – Law enforcement authorities in Kentucky have arrested a woman they say fled the scene of a traffic fatality that claimed the life of an off-duty officer earlier this week.

Ashleyn Catlett, 28, is facing felony charges for leaving the scene of a collision and failing to render aid, among other charges, according to the Louisville Metro Police Department, WSMV reported.

Catlett failed to yield the right of way when making a left turn. She struck a motorcycle ridden by Thomas Elmore. He was thrown from the bike and did not survive, according to court documents.

Police said Catlett ran from the scene following the crash. She fled to a friend’s nearby house seeking help. However, she left her purse and identification behind in the vehicle.

Catlett has prior arrests for fourth-degree assault and reckless driving, WAVE reported. She is currently being held at Louisville Metro Department Corrections on a $50,000 bond.