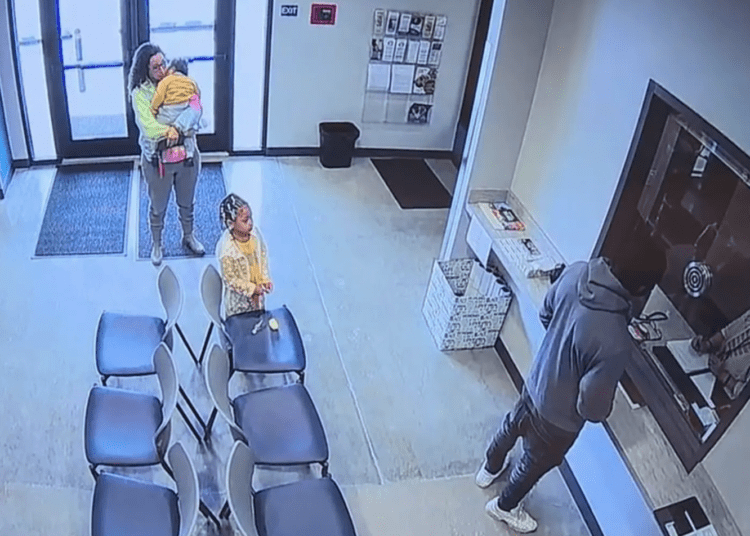 Aschod Ewing-Meeks and Ashton Brown asked to speak to a deputy at the Davie County Sheriff's Office, but they left within minutes without explanation. (Screenshot FOX 8)

DAVIE COUNTY, N.C. – A man in North Carolina is accused of murdering his girlfriend and their two children, then torching their home and killing himself, hours after they visited the local sheriff’s office, according to officials.

Aschod Ewing-Meeks, 26, is identified as the man who allegedly committed the atrocities. Meeks, his girlfriend, Ashton Brown, along with their two children briefly visited  the Davie County Sheriff’s Office April 18. He asked a person manning the reception desk if he could speak to a deputy. However, the family left within minutes without explanation and never made contact with a deputy, authorities said.

After murdering his family, the man then set fire to the house and turned the gun on himself, according to the sheriff.

Hartman confirmed that Ewing-Meeks and Brown had their children with them when they entered the sheriff’s office on Monday, April 18 around 12:11 p.m. asking to speak to a deputy.

“They were very vague about what they wanted,” Hartman said of the couple.

The receptionist was given Brown’s parents address when asking for contact information. They left the lobby after 4 minutes without speaking to a deputy, FOX 8 reported. It’s unclear why they left. 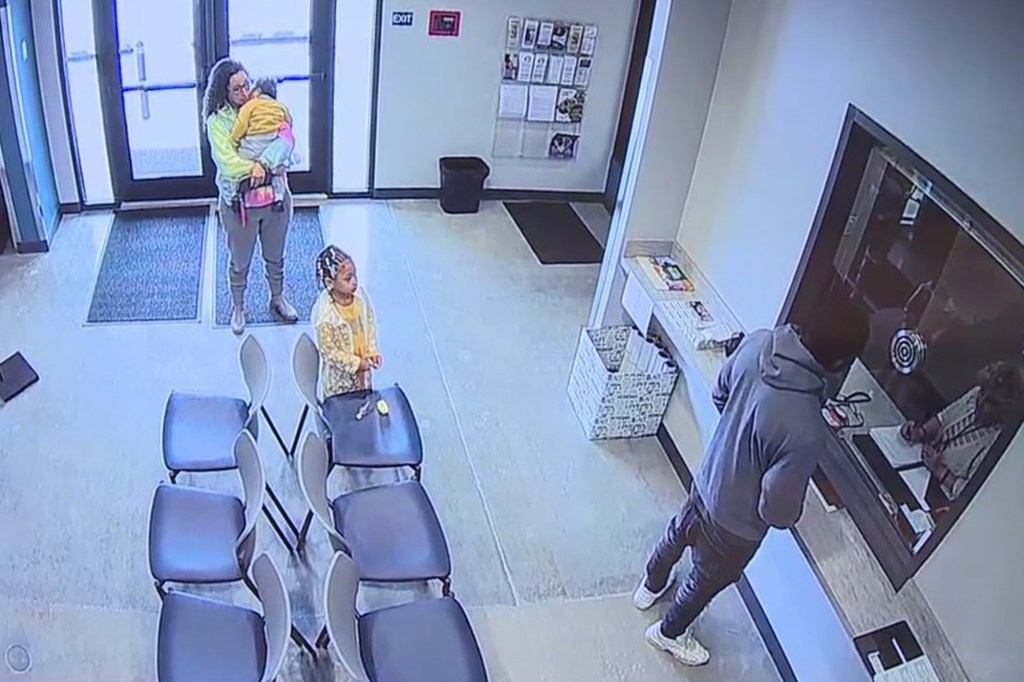 Aschod Ewing-Meeks went to the Davie County Sheriff’s Office with his family on April 18 and asked to speak with a deputy. They left without explanation after four minutes. (Screenshot FOX 8)

At 12:35 p.m., Brown then called 911 apparently from inside a car and asked to speak with a deputy about unspecified safety concerns. The call was disconnected after a few minutes, authorities said.

About 10 minutes later, a deputy called Brown back and briefly spoke to her before the call dropped or was ended, the sheriff said.

During the brief conversation, Brown told the deputy she was calling for her boyfriend and handed the phone to Ewing-Meeks, according to the department.

The deputy called back three more times and spoke with Ewing-Meeks, who said “someone was following him.” 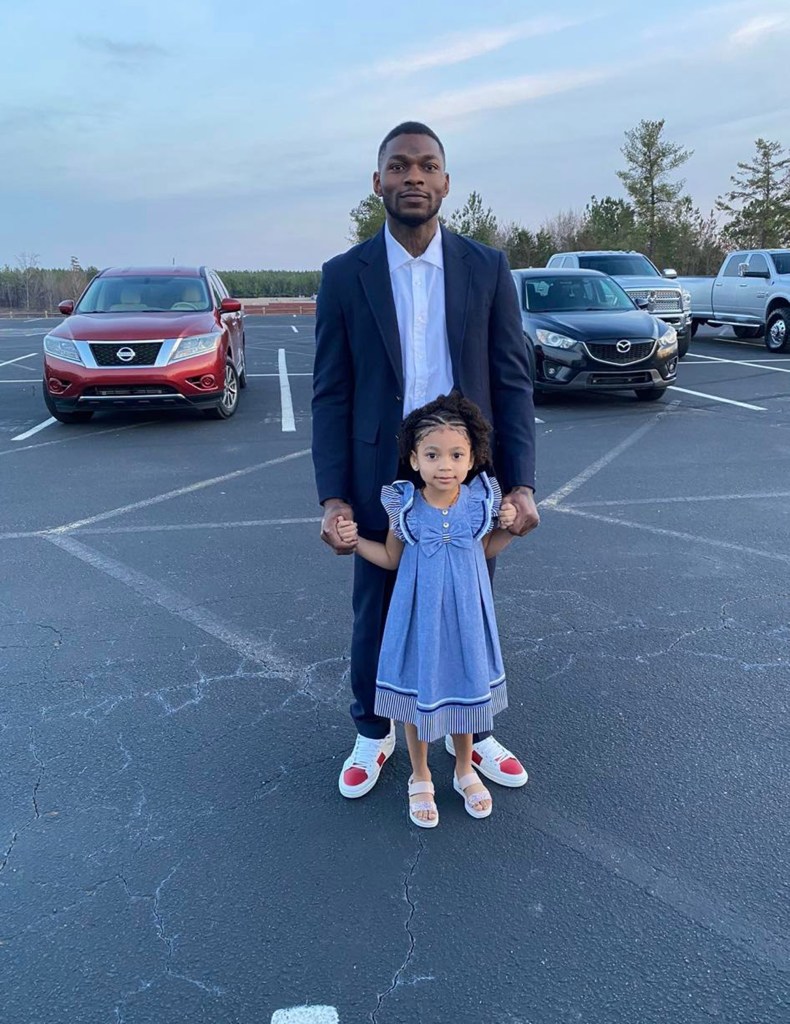 The deputy asked the man to return to the sheriff’s office, but he declined. Moreover, he would not provide his location, Hartman said.

The sheriff said the final two calls from the agency trying to contact Ewing-Meeks about 1 p.m. went to voicemail, Fox 8 reported. 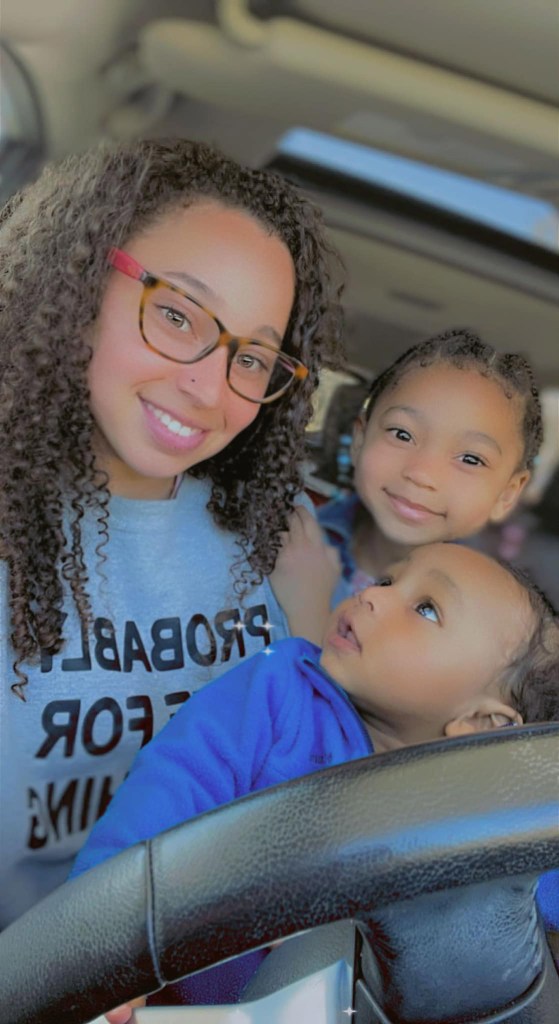 According to the sheriff’s office, Aschod Ewing-Meeks fatally shot girlfriend Ashton Brown and their children, Bella and Brixx. (Facebook/Ashton Brown)

A neighbor saw the couple arguing in front of their home at about 2 p.m. Not long after, firefighters were dispatched to the residence regarding a structure fire.