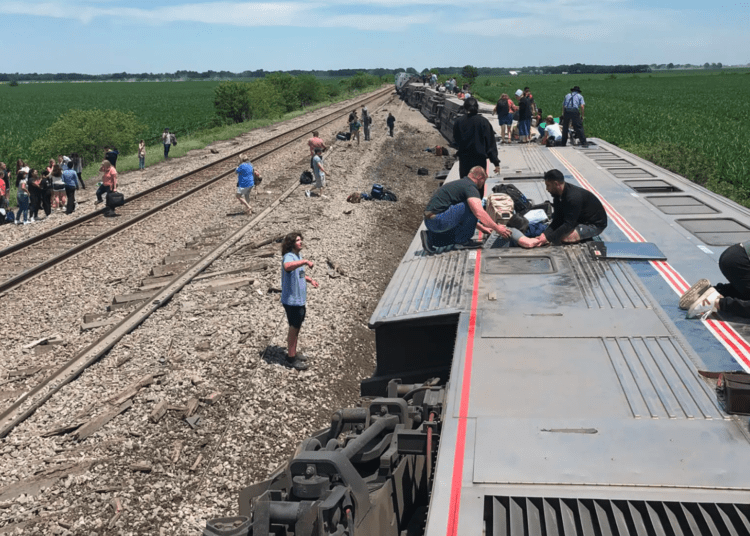 A passenger described the crash as a “mass casualty event.” (Twitter)

MENDON, Mo. – An Amtrak train traveling from Los Angeles to Chicago with hundreds of passengers aboard derailed in Missouri Monday afternoon after colliding with a dump truck. The catastrophe has led to multiple fatalities and at least 50 injured, according to reports.

The crash occurred at a public railroad crossing in Mendon, Missouri, 100 miles east of Kansas City, at 1:42 p.m. local time. The train had 12 crew members along with 243 passengers. There are “early reports of injuries,” but Amtrak did not provide additional information in a statement, the New York Post reported.

A Missouri State Highway Patrol official confirmed multiple fatalities but did not provide a specific number, according to the Daily Beast. 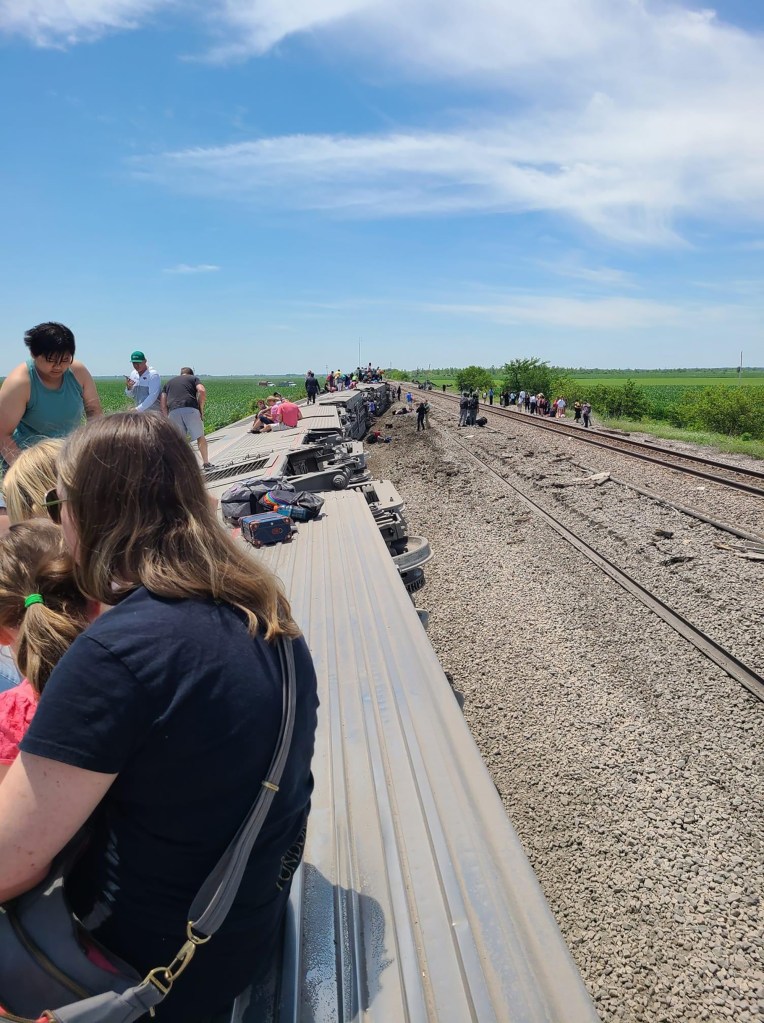 The scene of an Amtrak derailment about 100 miles east of Kansas City. (Twitter)

Eric McKenzie, the superintendent with Charlton County Ambulance Service, said there are at least 50 people injured and multiple fatalities during an interview with CNN. 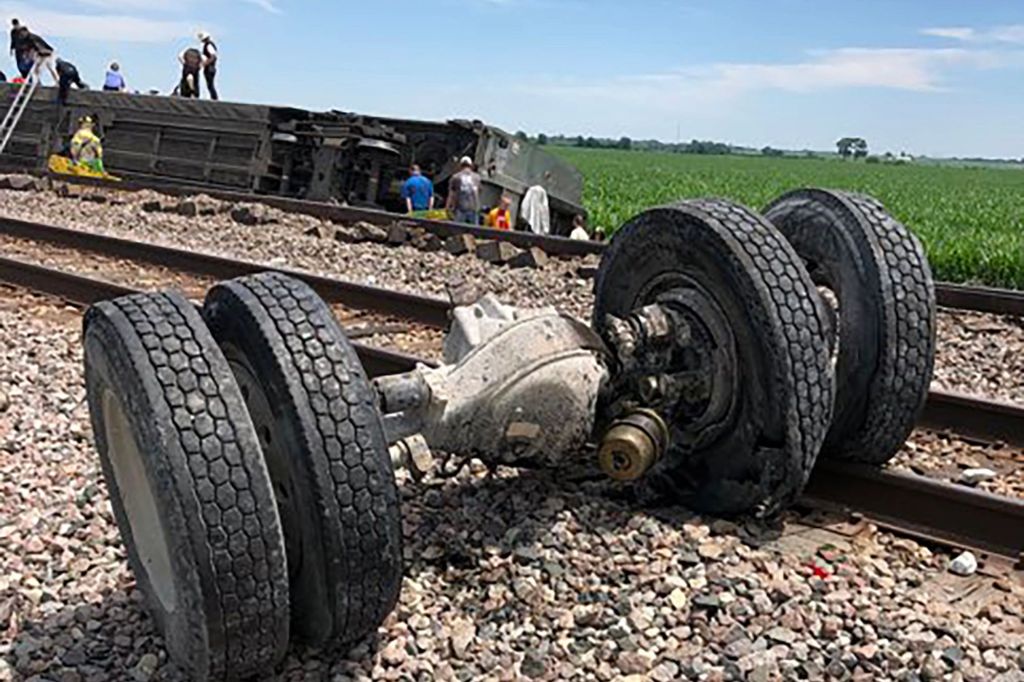 The train collided with a dump truck at a public railroad crossing in Missouri. (Twitter)

Amtrak said in a statement that eight train cars and two locomotives left the tracks following the collision. The dump truck was blocking the rail crossing at the time of the crash, the statement said. 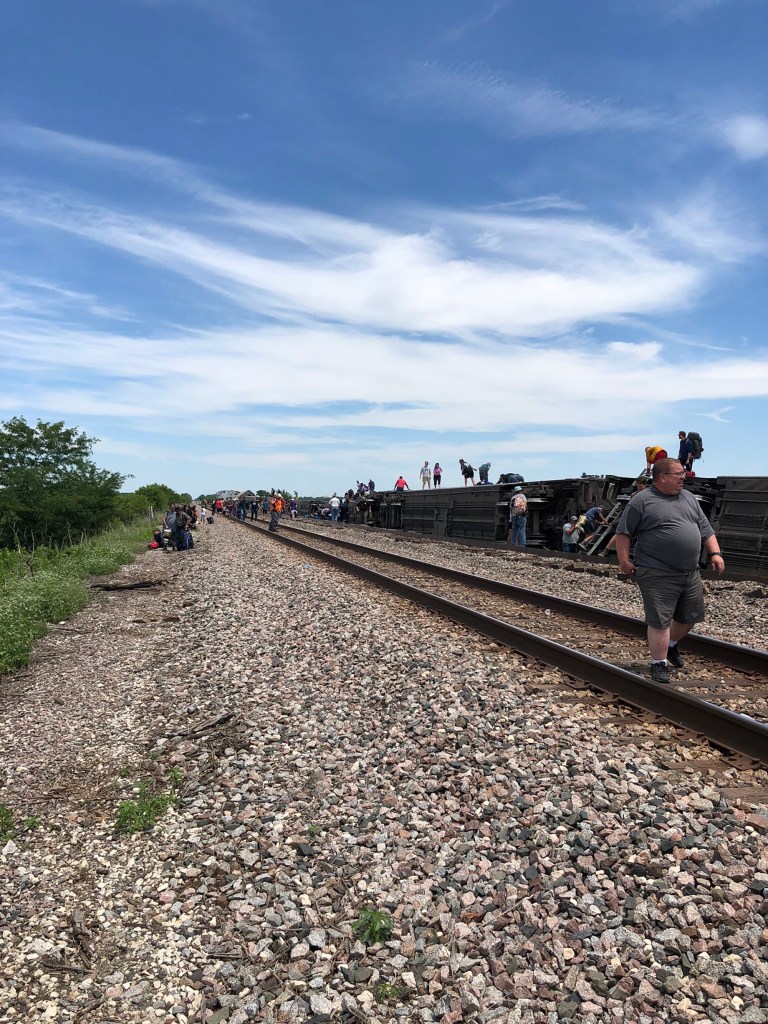 The train was traveling from Los Angeles to Chicago. (Twitter)

“Every seat was sold out full, and they were packing people into the observation car because they were so full,” passenger Ron Goulet told the  Daily Beast as he rode in a bus carrying survivors to a local school for shelter. “There are plenty of people on back boards being taken [away] by paramedics.”

He described it as a “mass casualty event,” according to the news outlet.

Goulet added, “There are no doubt people still trapped on that train. They’re starting to cut it apart now.”

UPDATE: Two people aboard the train and one person in the dump truck were killed, authorities said. At least 50 people were injured, Fox News reported.

Numerous patients were transported to area hospitals via ambulances and helicopters from several local first responders.

Among passengers on the train were high school students from Pleasant Ridge High School in Easton, Kansas. They were headed to a Future Business Leaders of America conference in Chicago, Superintendent Tim Beying told The Kansas City Star.

The National Transportation Safety Board (NTSB) is launching a 14-member “go-team” to investigate the train derailment. They are expected to arrive at the site Tuesday, according to a tweet from the agency.