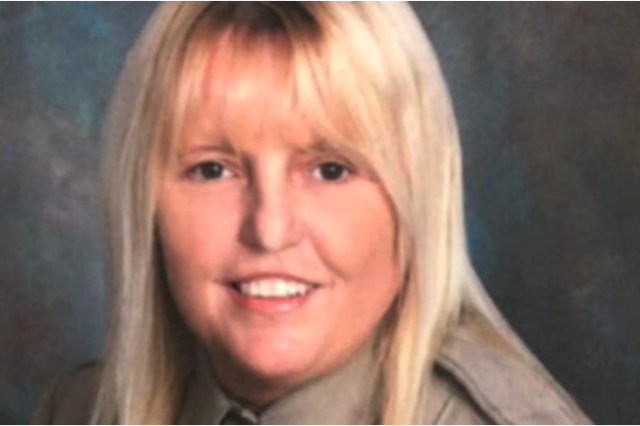 EVANSVILLE, Ind. – Lauderdale County Sheriff’s Office (Alabama) Assistant Director of Corrections Vicky White is dead from a self-inflicted gunshot wound sustained when she was being taken into custody following a 10-day manhunt for her and inmate Casey White.

Vicky White, along with Casey White, were captured in Evansville, Indiana, Monday when the car they were driving reportedly crashed during a pursuit, Law Officer reported.

“She was hospitalized earlier with self-inflicted gunshot wounds after being taken into custody following a car chase in Evansville, Indiana, US Marshals previously told CNN. Her wounds were “very serious,” Vanderburgh County Sheriff Dave Wedding said.

The pair of fugitives were tracked to a hotel in Indiana, according to the New York Post.

At some point, Vicky White left the hotel wearing a wig and got behind the wheel of the Cadillac with Casey White. Police conducted a “rolling surveillance” until they chased the car, rammed it and it rolled over, AL.com reported.

“We got Casey White out who immediately announced that his wife had shot herself in the head and that he didn’t do it,’’ US Marshal of the Northern District of Alabama Marty Keely said, adding that the two were not married (or related).

Lauderdale County Sheriff Rick Singleton told reporters that the duo’s escape “ended the way that we knew it would – they are in custody.”

“This has ended a very stressful and challenging week and a half,’’ Sheriff Singleton said. “It ended the way that we knew it would – they are in custody.”