Alabama inmate scheduled for execution in murder of 3 police officers 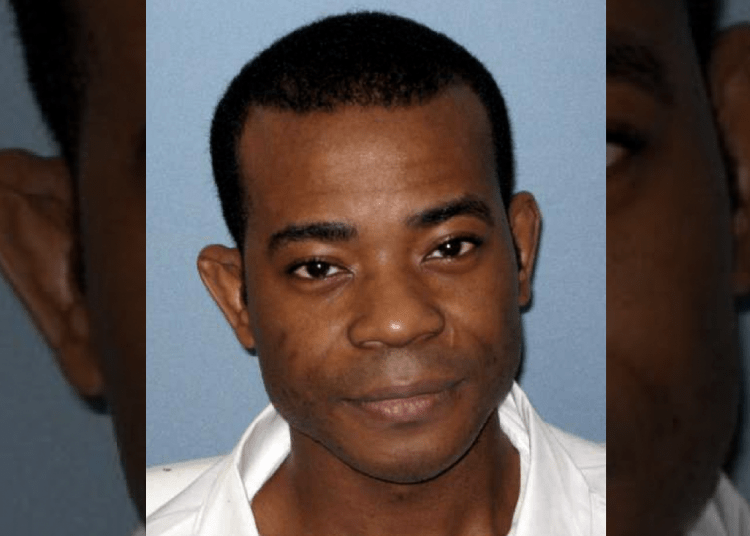 ATMORE, Ala. – An Alabama inmate is scheduled for execution Thursday night for the murders of three police officers who were shot by another suspect in a hail of gunfire at a suspected crack house in 2004.

Nathaniel Woods, 43, will receive a lethal injection at the state prison in Holman unless the governor or courts intervene, ClickOnDetroit reported.

Woods and Kerry Spencer were convicted of capital murder and sentenced to death in the slayings of the three Birmingham officers that rocked Alabama’s largest city that year.

Officers Carlos Owen, Harley A. Chisolm III and Charles R. Bennett were killed in the gunfire while trying to serve a misdemeanor domestic assault warrant on Woods at the home—a suspected drug house.

Woods was convicted of setting up the ambush and therefore, prosecutors say he should be executed for the murders even though he was not the suspect pulling the trigger on a rifle that killed the officers. A conviction of this nature is allowed under state law, and his execution would not be the first of its kind.

Nevertheless, Woods’ family along with other supporters appealed for mercy, claiming the defendant received an unfair trial and that the death sentence was unjust.

The U.S. Supreme Court turned down Woods’ appeal in 2019 and the state set an execution date earlier this year.

No execution date has been set for Spencer, who was convicted before Woods and is on death row at Holman.

According to court testimony, the officers approached a small house where Woods and Spencer were believed to deal drugs; at least two other people were also inside. After talking to Woods through a back door, Owen and Chisholm entered and scuffled with him before Spencer picked up a rifle and began shooting, evidence showed.

Owen, 58, and Chisholm, 40, were found dead in the kitchen just inside a rear door, and Bennett, 33, was fatally shot near the front door, ClickOnDetroit reported. A fourth officer was wounded but survived.

Woods’ girlfriend initially told authorities that both Spencer and Woods hated police and that Woods wanted to kill Owen, but she later testified that the claim was a lie.

State attorneys said that while Woods was awaiting trial, deputies found a drawing of a bullet-riddled police car in his jail cell and song lyrics about killing such as, “Haven’t you ever heard of a killa I drop pigs like Kerry Spencer.”

Woods’ lawyers unsuccessfully appealed his conviction, arguing he had ineffective counsel and that the trial had multiple errors, including the admission of the song lyrics and drawings from his cell.

His attorneys filed a new challenge related to what they said was a lack of information given to inmates when they had to decide whether nitrogen hypoxia — an execution method authorized but not yet implemented by the state — would be their preferred execution method. Woods didn’t pick a method, according to the report.

Martin Luther King, III sent Gov. Kay Ivey a letter on Tuesday “pleading with you not to execute Nathaniel Woods.” She did not immediately respond. King called the scheduled execution an “injustice” in a tweet.

UPDATE: Death row inmate Nathaniel Woods Jr. was executed by lethal injection at 9:01 p.m. Thursday for his role in the 2004 killings of three Alabama police officers — who were shot by another man at a suspected drug house.

Woods, 43, had no last words before becoming the first person to be executed in the state this year, Fox News reported.