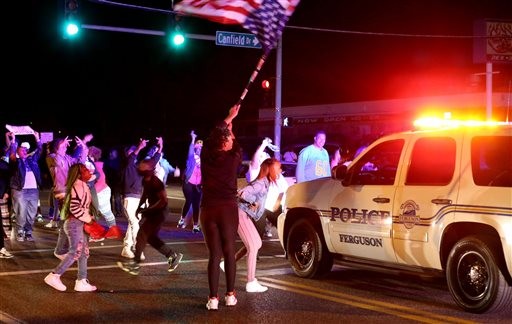 Not unlike the infamous surprise attack on our nation during the morning of September 11, 2001; the title’s date should remain as our own occupational reminder when a shocked society lost its focus and began to look away, leaving law enforcement to fend for itself from a variety of hostile sources bolstered by the media.  This was the beginning of the onslaught of false accusations, monumental misconceptions, and outright lies that plagued a nation and painted an institution with a broad brush of negativism with a pigment of disingenuous distrust.

What began in Ferguson, Missouri on that day changed contemporary policing forever in ways that may never be fully known, much less understood.  Dissimilar to the attack in New York, which shocked a nation, this debacle put specific sections of the population in a “state of shock”, inclusive of all communities.    Sadly, instead of exhibiting strength police executives rolled over by accepting body cameras, endorsed a “kinder, gentler” form of policing, encouraged “softer” strategies of confrontation, and created new tactics of questionable consequence.

Instead of depending on facts, society and even some of the sworn readily accepted things at face value.  Years of respect and honor were cast aside by a few biased videos, a media that went off on a message without real understanding, and a traditional institution of service and protection was essentially disregarded and thrown into an adversarial relationship with those they served.

We were all present in time, but were transfixed by the temperament as much as the transitions.  We “saw” but we didn’t “say”. Although today is a day of sad memories for most, it is more than that for police.  That day we served and were respected as heroes we were. But its anniversary should prompt our own recognition of the heroes who remain.

Peace officers are immersed in a time called “meanwhile”.  At no other time has Edmund Burke’s quote meant more, “The only thing necessary for the triumph of evil, is for good men to do nothing.”  Now after a period of four years, society is starting to see what was reactionary and what was reasonable. Clarity has been re-established throughout our employment consciousness and what may have once been viewed as reactionary, can now seem responsible.

By this time we have sufficient data to show that the necessity of being closely monitored was primarily false, the situations deemed problematic had a flawed focus, and efforts toward enforcement progress needed more sustenance than scrutiny.

Surely the same perpetrators are still in the process of victimization, with an even thinner “blue line” separating good and evil.  As we ponder both tragedies we must strive for more support and refute the skepticism. The police and those they serve must mutually move to a point of greater knowledge and understanding.

As we begin our fifth year since our own catastrophic crisis lets take something from the “streets” and studies of Ferguson and try.  Perhaps these three letters can be an expression of hope that can move the police and the policed beyond those horrific numbers that paralyzed a nation, to a new found nature where a well deserved, respectful, and long overdue effort can begin in earnest to share in the essential knowledge and understanding of our role and responsibilities.