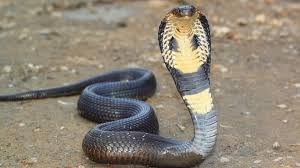 A large batch of poisonous snakes escaped from an unlicensed breeding farm in Eastern China in late August, and many of them are still at large, reports Xinhua News Agency.

Two hundred monocled cobras disappeared from the Chunyi Animal Breeding Cooperative in Luhe district in Nanjing between August 26 and August 29. The breeding farm brought in around 1,820 eggs from Guangdong province in August. Around 1,500 have already hatched.

Since the cobras got out, farm workers have captured and killed around 150, leaving 50 unaccounted for.

The government discovered the incident after a villager found one of the cobras in his home and killed it. A “carpet search” with a 3.10-mile radius began Tuesday to track down the missing snakes.
Read More

Share and speak up for justice, law & order...
Tags: china'cobraNews