The agency confirms that the officers involved are members of the Baton Rouge Police Department.

Both officers were escorted from the scene in an ambulance by police cars.

#BREAKING Ambulance arriving at Our Lady of the Lake Hospital after 2 BRPD officers were shot. A van and a police motorcycle were following it pic.twitter.com/KLuIR2gRQo

Sources indicate that the coroner has arrived at the hospital but whether that involves this incident, we do not yet know.

Several police cars have arrived at the hospital with media reports indicating it is in a “vigil state.”

Officials confirm that officers are actively seeking out the suspected gunman. 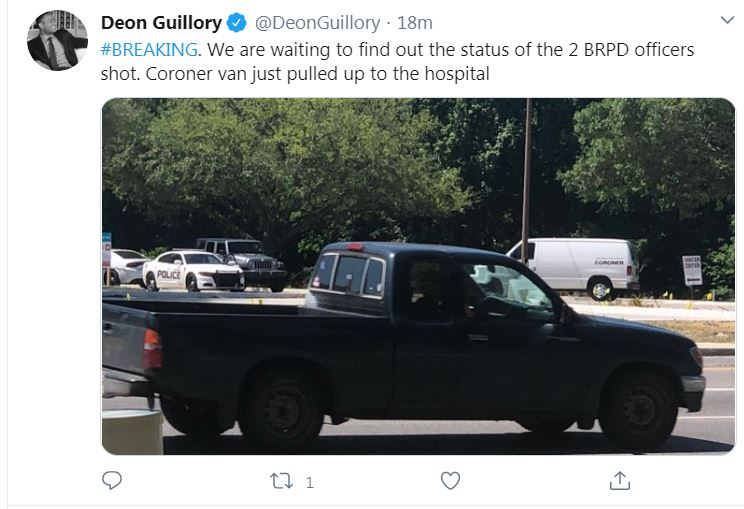 Details are limited at this time. We will update this story with more information as soon as it becomes available.