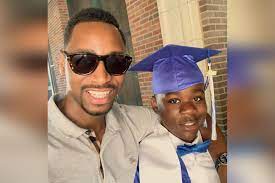 Chicago – A month has passed since Fox News analyst Gianno Caldwell’s 18-year-old brother, Christian, was fatally shot in Chicago yet there have been no arrests or other developments in the case since his death.Cook County Crime Stoppers is now offering a $15,000 reward for information leading to the arrest of the suspect or suspects involved in the shooting that left Christian dead and two other victims injured on the 11400 block of South Vincennes Avenue.

The other victims, a 31-year-old man and a 25-year-old woman, were unknown to Christian, who was out with friends at the time.

“We’re pleading for any individual who may know something or think they know something to come forward,” Caldwell told Fox News Digital. “There’s now reward money being offered, and [tips] will stay confidential. We just want to get justice for Christian. Our family is pleading for justice.

“We just believe in God that there will be justice.” Caldwell said he is both appreciative when police call him with updates and frustrated when they don’t pick up the phone, as the last month has presented a combination of both silence and communication from the Chicago Police Department (CPD).

“I’ve had some good communication with them, and I’ve had some silence from the Chicago Police Department,” he said. “And I just want those officers — those detectives that are working on this case — to not be desensitized by the heinous crimes that they continue to get piled on their desks day after day. I just want to ensure that there’s justice for my brother Christian, but also [for the] many, many victims that are being killed on a day-to-day basis in Chicago.”