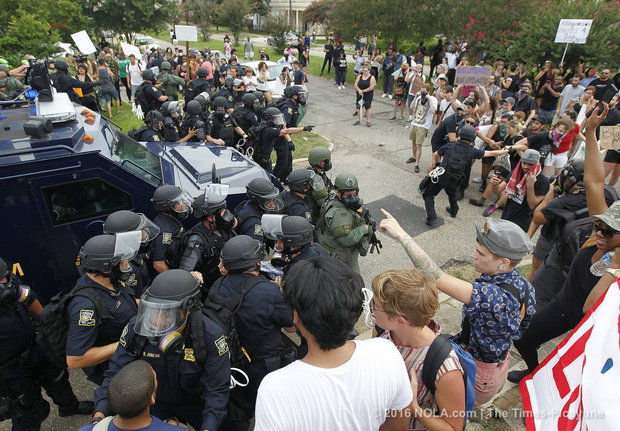 Photo: Protesters and police in Baton Rouge, July 10, 2016, The Times-Picayune.

The Times-Picayune reports that the Baton Rouge police and sheriff’s department spent a total $1.6 million on overtime pay in July, 2016—in response to protests following the fatal shooting of Alton Sterling by a police officer and attacks on law enforcement which left three officers dead.

According to a report from the Louisiana legislative fiscal office, the Baton Rouge police department spent $1.5 million for overtime pay in July. The sheriff’s department spent a fraction of that, close to $102,000 on overtime.

The $1.6 million sum does not include costs in overtime from the Baton Rouge Fire Department or the Louisiana State Police, which were also involved.