Sgt. Frank Gualdino died after his unmarked police car was struck by an out-of-control teen driver 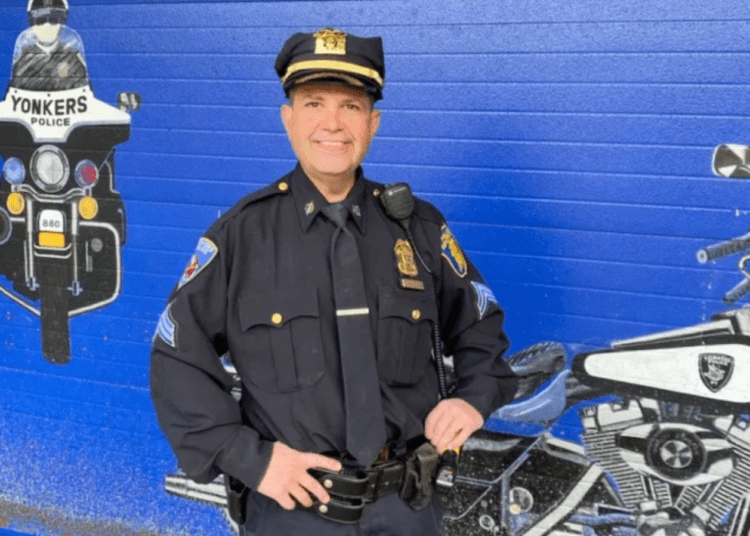 YONKERS, N.Y. – A police sergeant in Yonkers died in a crash Thursday when a 16-year-old driver lost control of his sports car, according to law enforcement authorities. The teen had just recently obtained his learner’s permit.

Sgt. Frank Gualdino was killed in the crash. The 24-year police veteran was scheduled to retire next summer. Police Commissioner Christopher Sapienza fondly remembered him as a “cop’s cop,” the Rockland/Westchester Journal News reported.

Gualdino, 53, was fatally injured at about 3:30 p.m. Thursday as he drove his unmarked police car west on the Tuckahoe Road overpass of the Sprain Brook Parkway. The teenager was traveling eastbound in a BMW M5. The young driver crossed the yellow lines and struck Gualdino’s vehicle as well as a Westchester County Bee-Line bus. Gualdino and the teenager were the only occupants of their respective vehicles.

Although the sergeant was transported to Jacobi Medical Center in the Bronx, he did not survive his injuries.

Investigators obtained a dashcam video from another eastbound motorist. It was played at the press conference and showed the BMW speeding by that automobile, spinning into oncoming traffic and just missing a U-Haul van. Police discontinued playing the video just before the out-of-control BMW smashed into Gualdino’s car and the bus.

“We lost a great friend and a great cop,” Sapienza mourned, according to news outlet.

Sapienza said a thorough investigation will be completed. However, the preliminary findings suggest the novice was driving recklessly and couldn’t handle the “extremely fast sports car.”

Police have not identified the teen, who was also taken to the hospital and is listed in critical condition. The bus driver and some of the passengers received minor injuries. They have all been treated and released.

Gualdino first joined the department in 1998 and was promoted to sergeant in 2019, becoming a supervisor in the traffic unit. He leaves behind his wife, a daughter in college and a teenage son.