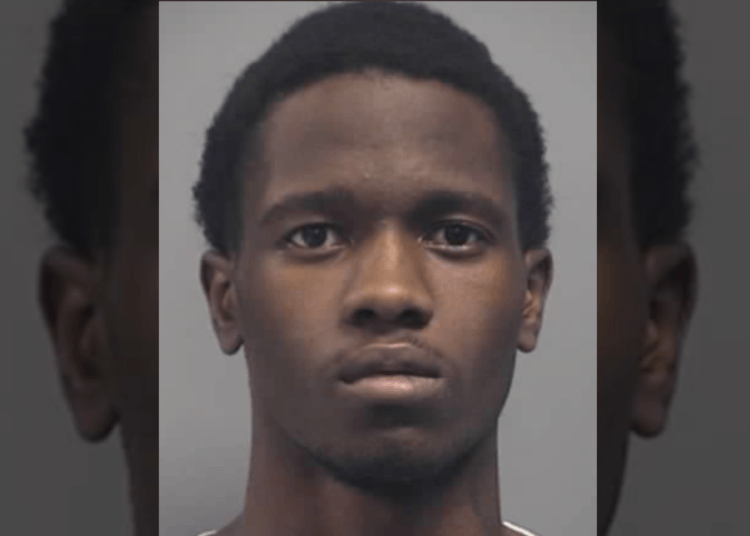 NORTH LAS VEGAS, Nev. – One carjacking suspect is dead and another faces several charges after a woman being victimized by the men disarmed one assailant and turned the weapon on her attacker as she tried to flee to safety. Another suspect got away after opening fire and missing the woman, but was later captured, police said.

North Las Vegas police arrived at the scene of a shooting that stemmed from a carjacking on Nov. 19. The crime took place near Coleman Street and West San Miguel Avenue, just east of Cheyenne High School, KTLA reported.

Upon arrival, officers discovered a man in a ski mask laying in the street profusely bleeding from his head. Despite life-saving efforts, he was pronounced dead.

Not long after, a woman approached officers with her hands in the air and a firearm in her pocket, police said.

According to the woman, whose story was corroborated, she and her friend were parked outside of a home in the area when a suspect vehicle boxed them in. Several men jumped out of the car and approached the two women with guns drawn, according to a police report.

The female driver was pulled out of the vehicle by one of the armed suspects, who had difficulty starting the car. As a result, he placed his weapon in his lap as he struggled to start the engine. One of the female victims grabbed the gun from the man’s lap and ran off, police said.

The woman trying to flee to safety was then tackled by one of the suspects, according to law enforcement authorities. During the struggle, she shot the attacker who knocked her to the ground. The gunfire prompted another suspect to begin firing at the woman, but she was not hit. She then ran and hid in the side yard of a nearby residence until police arrived on scene.

The deceased would-be carjacker was not identified in the news report. However, the surviving suspect was later found and identified as 18-year-old Jaylin Morrison, according to KTLA.

Detectives with the North Las Vegas Police Department discovered the suspect vehicle that initially blocked in the victims’ vehicle was registered to Morrison’s mother. Detectives obtained a search warrant and seized a gun and ammunition that matched that of the shell casings found near the body of the deceased suspect, who was shot by the female victim, and subsequently fired upon by the perpetrator who got away, according to the arrest report.

Morrison was taken into custody Dec. 2. He faces charges of second-degree kidnapping, attempted robbery, burglary and conspiracy to commit robbery, all with a deadly weapon, records revealed.

It was unclear if police were looking for additional suspect(s).