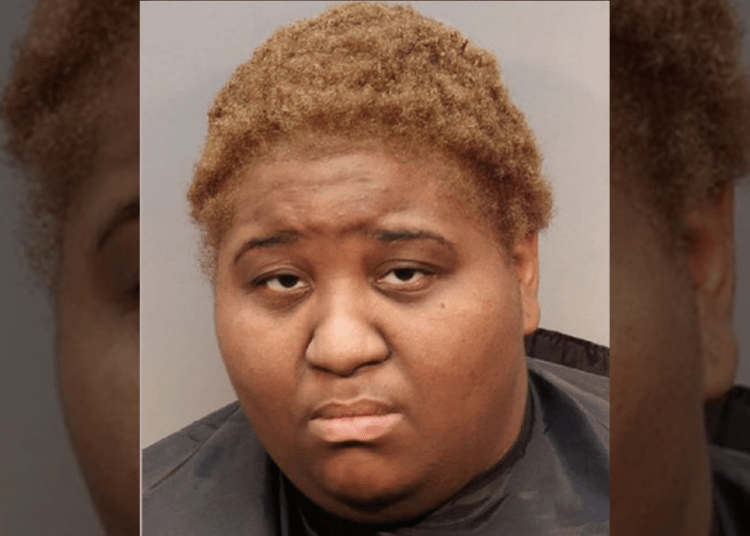 South Carolina woman Ariel Robinson, 29, has been charged in the death of her adopted 3-year-old daughter. (Simpsonville Police)

SIMPSONVILLE, S.C. — The Food Network appeared to cut the latest season of its culinary competition series “Worst Cooks In America” after the winner was charged with homicide and child abuse, according to reports.

South Carolina woman Ariel Robinson, 29, a former teacher, and her husband, Jerry Robinson, 34, were charged in the death of their adopted 3-year-old daughter and are facing charges of homicide by child abuse, according to FOX Carolina.

Police responded last Thursday to a home in Simpsonville, S.C., after getting a call about an unresponsive child. The youngster was transported to the hospital where she was pronounced dead, according to the news outlet.

The child was identified by the Greenville County Coroner’s office as 3-year-old Victoria Rose Smith. She died as a result of injuries caused by blunt force trauma, according to a medical examination, FOX reported.

Ariel Robinson, who appeared on the 20th season of “Worst Cooks in America,” had won $25,000 upon winning the competition, which pits amateur cooks against each other in a series of cooking challenges overseen by celebrity chefs, Deadline reported. Episodes of her season are no longer available to stream on Food Network’s online platforms.

The investigation into the child’s death remains ongoing.

Law Officer is the only major law enforcement publication and website owned and operated by law enforcement. This unique facet makes Law Officer much more than just a publishing company but is a true advocate for the profession.
Share and speak up for justice, law & order...
Tags: Ariel RobinsonFood NetworkJerry RobinsonVictoria Rose SmithWorst Cooks in America