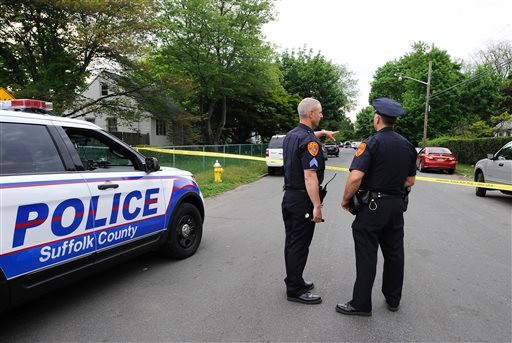 Whose Scrutiny Are We Really Concerned About?

Whose Scrutiny Are We Really Concerned About?

Our resolve is not contingent upon how much scrutiny may come from our actions.  The past couple of years have seen a serious increase in media attention as it pertains to law enforcement interactions with the public.  Specifically in instances of use of force against “unarmed” minority citizens.

Bottom line, the media is going to do what it does.  “If it bleeds, it leads”.  That has never been a secret to us and should therefore come as no surprise.  What is most troubling right now is the amount of negativity and lack of enthusiasm coming from brothers and sisters in blue.  There is so much concern from patrol officers/deputies, etc. about how fine-toothed the comb will be that’s going to be used to go over their inevitable use of force reports; that officers are simply not doing their jobs.

We’re all aware of officers who have made national news for choosing not to use force (lethal or otherwise) when others may have deemed it necessary.  Let’s take a personal inventory for a moment though.  How many of us have been involved in situations where we (even if only for a split second) stopped and thought about what (insert command staff rank here) so & so would think about the action we’re about to take?  I’m betting more than will admit so freely.

Where exactly does that come from?  I know the easy answer is the media. Too easy, if you ask me.  Admittedly, the media is closer than they’ve ever been to our day-today operations.  But they are still for the most part only involved after the fact when it comes to use of force incidents.

No, for those on the street I believe the true source of that hesitance, that fear (I know we don’t like that word, but let’s just call a spade a spade) is the concern about how our leadership will view our actions.  A growing and disturbing trend in the last couple of use of force incidents has been the propensity for heads of agencies, cities, states, etc. to speak out in less than supportive ways against their officers (regardless of the status of the pending investigations).  Some would say these statements have been premature and serve only to fuel the fire.

Ironically these same statements/comments have been praised by various community leaders, activists, politicians nationwide.  The thing about that is, it isn’t those individuals who are out on those traffic stops and domestic disturbances with us at 2am.  One could make the point that our law enforcement administrators have at least at some point in their respective careers had similar experiences.  In fact you’d think they’ve had several use of force incidents of their own under their belts (pre-body camera of course).

I’ve been told for years (and I’m sure you’ve been told the same) that everyone who promotes and attains a certain status/rank immediately begins to see things differently.  They become a “company man/woman”.  “Chiefs/Sheriffs are no longer cops, they’re politicians”.  I’ll tell you right now I believe that to be absolutely ridiculous.  The decision to alter your priorities (or give the appearance that you have) is a personal choice.  It doesn’t come with a set of chevrons, bars or stars.  It’s a choice.   I know many administrators who have made the decision to lead from the front, and still look out for their people no matter how heavy the shoulder/collar.

Does that mean administrators should blindly condone and sign off on everything that comes across their desk, simply because they remember what it was like when they were on the street?  Well of course not.  It is simply our expectation that our leaders do their best to try and view each situation from the officer’s perspective as well as from an administrative standpoint.  Remember what it was like to be in the boots of those who are subordinate to you.

Especially since times are a little different in that we face a whole new kind of criminal these days.  The biggest difference I see is that the kinds of criminals we deal with are empowered.  They are empowered by the media, by politicians, movements and every other kind of apologist you can name. That is something more dangerous than anything this profession has had to face in previous generations.

This is still the best job in the world to me.  You’ll never hear me say anything different.  I would however be remiss if I didn’t say that this job would be a lot more enjoyable if we as line officers felt like we weren’t constantly defending ourselves against, criminals, the media/politicians AND our own respective administrations.  It’s rough right now folks.  But we didn’t sign up for easy right?

We simply cannot allow outside influences to determine how we do our jobs on the street.  That half-second of contemplation could be what keeps us from going home to our families.  Again, our resolve is not contingent on how much scrutiny may come from our actions.  Be safe.  Watch your six.

Malcolm McGuire is a 12-year law enforcement veteran, and currently serves as a patrol officer with the City of Denton Police Department in Denton, Texas. He is a hostage negotiator and advanced law enforcement instructor. Malcolm teaches on various topics, including Cultural & Generational Diversity, Professional Policing and Special Investigative Topics. He is a United States Air Force veteran and is currently assigned to his unit’s training section where he is responsible for keeping unit members up to date on training tasks both expeditionary and law-enforcement specific. He is a Below 100 Trainer and Adjunct Instructor with the Tarrant County Criminal Justice Training Center in Fort Worth, Texas. Malcolm is a contract consultant with the AMBER Alert Training and Technical Assistance Program, a U.S. Department of Justice Initiative conducted by the Office of Justice Programs through Fox Valley Technical College. He assists in developing and implementing law enforcement training nation-wide. He has taught courses on Conflict Management and Effective Communication to public safety leaders in both Kigali, Rwanda and Kamulu, Kenya. Malcolm holds a Master of Arts Degree in Dispute Resolution & Conflict Management from Southern Methodist University and is a certified mediator in the State of Texas.
Tags: exclusiveLeadership