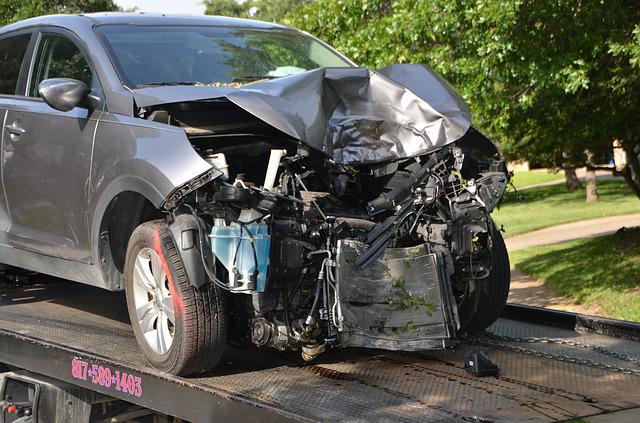 State motor insurance laws for all bodily injury or medical claims are based on a no-fault or at-fault approach. These approaches consider the accountability for a collision extremely differently. The differences impact many aspects of personal car insurance coverage.

While most states have at-fault insurance, there are twelve states with no-fault insurance. If you live in one of these states, you may be wondering how your insurance is affected according to this law.

Here is what you need to know about at-fault and no-fault auto insurance laws.

What is the difference between at-fault and no-fault insurance?

We’ll start by defining the type of insurance you will get in most states throughout the US. This is at-fault insurance.

At-fault insurance takes into consideration who was at fault in the accident. All bodily injury or medical insurance claims in a collision go through the at-fault party’s insurer. This is regardless of whether the other party has an insurance policy of their own. At-fault insurance places accountability on the party at fault, which is determined according to driver and witness statements.

No-fault insurance does not look at who was responsible for the collision. Each party is required to claim from their own insurance when it comes to injuries or medical conditions that are caused by the collision. For the most part, one cannot sue the at-fault party in a no-fault state. However, there may be exceptions when bills exceed a certain amount.

Regardless of whether you live in an at-fault or no-fault state, claims for auto repairs go through the insurer of the at-fault party.

How does this affect you?

At this point, you might be wondering if this information is really relevant. After all, your claim is getting paid out by insurance regardless. What does it matter whether it is your insurer paying or someone else’s?

But no-fault laws impact even those who are never involved in a collision. This is because every driver is required to get Personal Injury Protection (PIP) insurance up to a certain value. Insurance therefore tends to be more expensive for drivers in no-fault states.

It is also pertinent to note that in no-fault states, drivers do not have the same incentive to drive as carefully, as damage they cause to someone else will not impact their claims history and subsequent premiums.

The important caveat to note when it comes to no-fault and at-fault states is that there is not always someone at fault. Furthermore, it is sometimes simply impossible to prove which party was at fault, and they themselves may not even be certain. In many collisions, each party has to claim from their own insurance regardless, due to a lack of clear evidence of fault.

Living in an at-fault state also means that you may have to do a lot more admin to get your claim paid than in a no-fault state. Instead of simply claiming from your insurance, you need to go through police to demonstrate who was at fault and make a claim from their insurer. If the evidence is not sound, their insurer can appeal your claim.

On the other hand, drivers in no-fault states still have to go through this process when claiming for damage to their cars. Since no-fault insurance is only relevant to bodily injury and medical claims, repairs will be paid out by the at-fault party’s insurer.

Ultimately, the main impact no-fault insurance has on an individual’s experience is slightly higher premiums and a simpler process when claiming for medical bills. The above should give you the information you need to better understand your insurance.

Entire crew of road workers mowed down by drunk driver