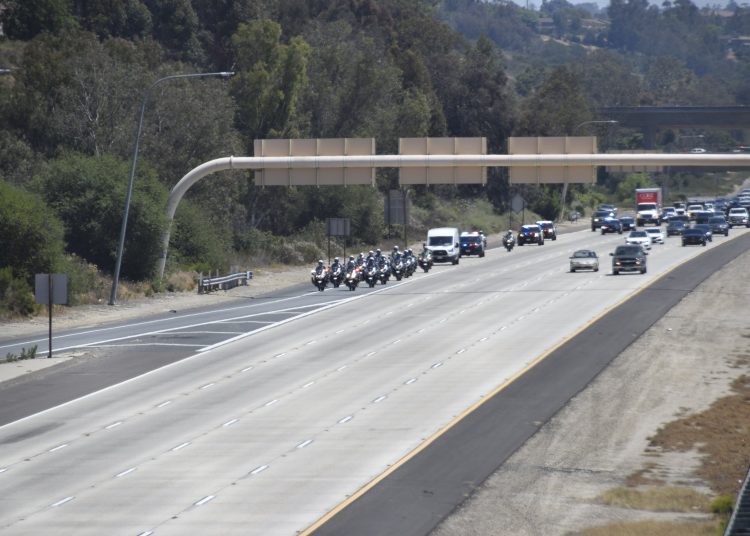 San Diego, California – Two San Diego police officers were among three people killed Friday after their car was struck by a driver going the wrong way on an interstate highway, according to KTLA. The officers were in an unmarked Ford Fusion sedan when they were hit by a white Honda Civic going at a high rate of speed. The Civic was going the wrong way down Interstate 5 near the U.S.-Mexico border.

The female driver of the Civic was also killed after her car slammed into the officers’ sedan and burst into flames. “It is with heavy hearts that we mourn our two San Diego Police Department officers whose lives were tragically taken this morning,” Mayor Todd Gloria said. 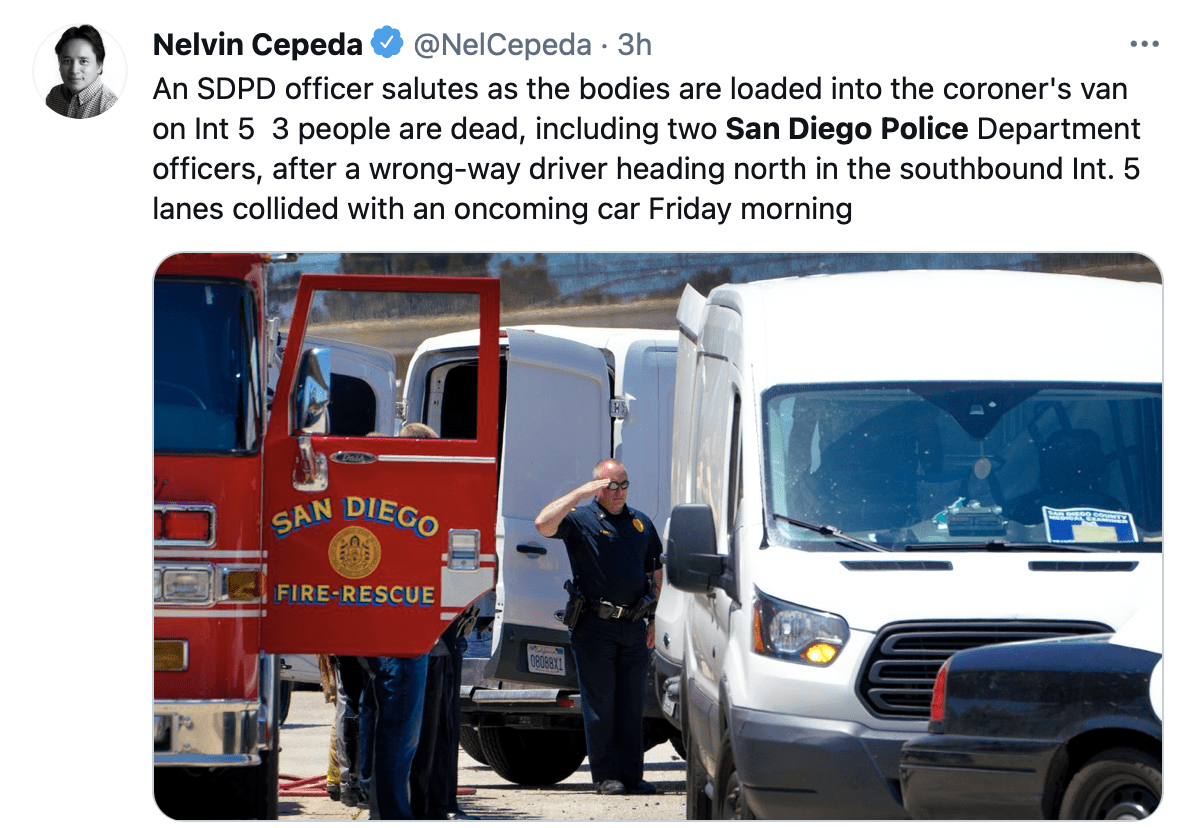 The names of the officers and driver have not been released.

“In the coming days, we will learn more about these public servants who proudly donned the badge to keep all of us safe and we will honor them for their service,” Gloria said. “I ask San Diegans to keep the officers and their families in your prayers.”

A few hours after the crash, a procession of more than a dozen motorcycle officers led a coroner’s van away from the site.