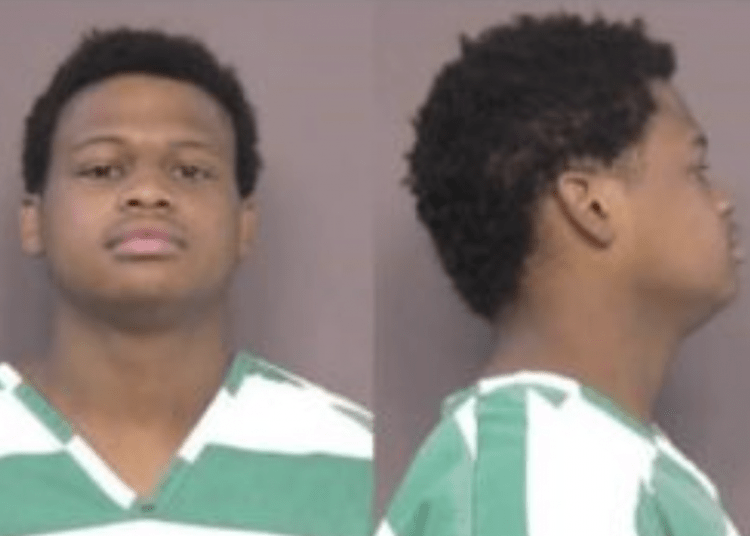 ARLINGTON, Wash. — Police in the Seattle metropolitan area of Arlington were summoned by a 911 call claiming a young black man was holding a handgun. But after they arrived and found the man, it turned out he had made the call himself, pretending to be someone else. He then later claimed he was a victim of racial profiling, Daily Wire reported.

On February 22, Tamon Leverette, who is currently under Department of Corrections (DOC) supervision, told the 911 operator that he was “Stacy Williams,” adding that he was with his sister and that the supposed teen he was calling about was “too young to even have a pistol. He only looks 16, 17 years old.”

Apparently, to further enhance the authenticity of the purported urgent nature of the call, Leverette stated that the black teen wore a tan hoodie and was holding a handgun with a red bandana tied around it, a trait associated to a “Bloods” gang member.

According to the incident report, responding officers found Leverette by way of his description on the 911 call and briefly searched him and found no weapons. The officer filing the report stated, “Tamon pulled up his left pant leg, showing me a Department of Corrections (DOC) GPS tracking ankle band. He informed me that he was not doing anything wrong, just waiting for the bus to come so he could go to his DOC check in with his assigned DOC Officer.”

An officer who arrived on the scene said he “wanted to understand why someone would call in with concerns that he was handling a firearm at the bus stop as described.” Leverette said he didn’t know and thanked the officers for their professionalism, Daily Wire reported.

The next day, Leverette informed a DOC officer he was a victim of racial profiling, telling him “he was stopped and frisked by ‘Everett Police’ for no reason the previous day because of ‘being black.’”

As reported by Jason Rantz of MyNorthwest, the Arlington Police Chief quoted Leverette’s Community Corrections officer saying “the subject has mentioned that he (Leverette) could see himself in a similar situation as ‘George Floyd’.”

EXCLUSIVE: Police were called after a report of a Black man brandishing a gun. The man later complained that he was stopped for 'being black'” & "could see himself in a similar situation as ‘George Floyd.’”

But police say the man called 9-1-1 on HIMSELF.https://t.co/H3BMiQUzot

During a follow-up investigation, the hoax unraveled.

An officer investigating the incident stated that he called the reporting witness “Stacy Williams,” but received a voice mail message. He continued:

I noted that the voice mail was set up by a mail (sic) with a voice that seemed very similar to that of Tamon. I asked Dispatch if this phone number had been previously used for any calls to 911 Dispatch. The Dispatcher notified me shortly after that the phone number had called 911 on five separate occasions in December of 2020 for “Civil” calls at an address of 520 Commercial Ave, Darrington WA. Dispatch advised me that the only name used to call into 911 on those incidents was “Tamon L.”

After communicating with the DOC to see who was supervising Leverette, the officer made another call and discovered Leverette’s number matched that of “Stacy Williams.”

Moreover, Leverette was accused in the incident report of a similar incident in December 2020, in which he called 911 using the pseudonym “Eric Johnson” and stated, “I’m with my daughters right now. There’s a young African American male teenage. He has on black and red. I’ve seen, he has a gun on him. And, you know, I have my children here.”

This event tied up police resources for an extended period of time and unnecessarily placed our officers, our community and the subject making the false call at risk. These type of calls only serve to create division at a time when we need unity. This call highlights the training and professionalism of our officers despite the apparent attempt to goad law enforcement into some type of negative response or altercation.

To have this type of situation come up at a time where we’re working so hard to bridge that gap and to be more transparent and open with our communities and to build a stronger relationship with our communities…this really works against us in making that happen at a time where we’re being told that we need to be working harder than ever. It’s just so anti-productive and it really, unfortunately ties up our resources.

Leverette has been arrested on two counts of false reporting; he has not yet been charged by a prosecutor.

The incident report notes Leverette may have an unspecified medical issue. When Rantz asked Ventura if it might be a “mental health issue,” he replied, “I don’t have anything for that suspicion except in speaking with the investigating officer as he was talking to the Community Corrections officer that is supervising the subject. The officer asked the Community Corrections officer, ‘does this subject have mental health issues?’ And the response wasn’t a definite yes or no, but it was possibly so. We’re not sure.”