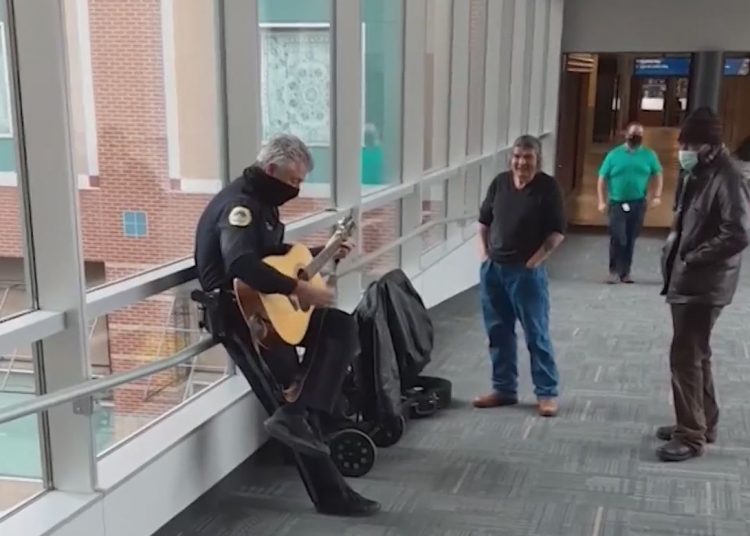 According to KCCI, Des Moines Police Officer Michael Moody is assigned to the city’s skywalk and everyday he sees Randy Kong playing his guitar.

He asked Kong if he could play the guitar and sing one of his favorite songs, “Wanted Dead or Alive” by Bon Jovi.

The officer said he had no idea anybody was taking a video of him.

“I didn’t really plan on this going to this level,” Moody said. “I didn’t know this was going to be out there, but now that it is, I’m hoping people see policemen, we’re just people.”

Officer Moody has been playing the guitar since he was 9 years old. He used to be in a band that went to schools to spread anti-drug and anti-violence messages to students.