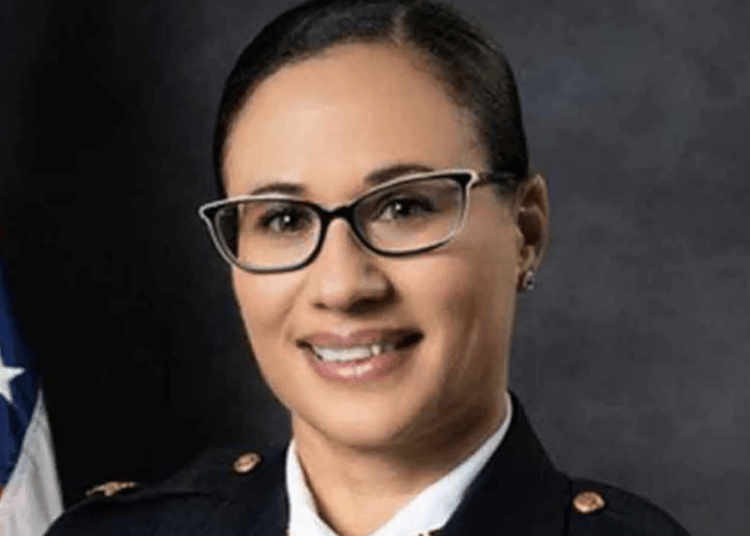 Angela Greene was fired Monday as the police chief of Portsmouth, Va. (Photo via Fox News)

PORTSMOUTH, Va. — A Virginia police chief was fired Monday after a black state lawmaker was cleared hours earlier in the vandalism of Confederate monuments over the summer.

Charges were dropped against Sen. Louise Lucas, the state’s most senior Black legislator, at the request of Commonwealth Attorney Stephanie Morales after determining there was insufficient evidence to support the criminal allegation.

Portsmouth police arrested and charged Lucas and 18 others in August with conspiracy to commit a felony and injury to a monument in excess of $1,000. The charges stemmed from a June 10 protest in Portsmouth — a majority black city — in which hundreds gathered near the monument as similar demonstrations were occurring nationwide, Fox News reported.

Police said the 76-year-old approached officers with a warning: “(T)hey are going to put some paint on this thing, and y’all can’t arrest them,” according to charging documents.

“(T)hey gonna do it, and you can’t stop them … they got a right, go ahead!” police claim Lucas said.

Police “informed Senator Lucas that she could not tell people they can do that,” the filing said. “Lucas replied, ‘I’m not telling them to do anything, I’m telling you, you can’t arrest them.’”

During the gathering, the heads of Confederate monuments were ripped off and one statue was pulled down.

Lucas’ supporters characterized her arrest as political and racist. A judge who dismissed the charges noted that Portsmouth police went around prosecutors to file charges and tried to prevent Morales from prosecuting the case by trying to subpoena her as a witness, The Virginian-Pilot reported.

“This is a confidential, personnel matter and no further statements or interviews will be provided,” the city said.

At a Monday news conference, Greene held up her termination papers while surrounded by supporters.

“I believe I was wrongfully terminated for upholding the law and being retaliated against for sticking to my sworn oath that I swore to serve and protect my citizens, community and keeping my officers safe,” she said.

Moreover, Greene said she was not offered a reason for her sudden termination. However, she understands that as an “at-will” employee she is susceptible to this kind of action. Nevertheless, she plans to sue the city over the dismissal, Fox reported.

Lucas, a Democrat who serves as the president pro tempore in the state Senate, praised the judge’s move to drop the charges against her.

“This gives people in the community hope that when they come to these courtrooms that they will be treated in a fair and just manner, even though you may have a rogue police department who intends to criminalize the justice system against people like me,” she said. “This gives people hope.”