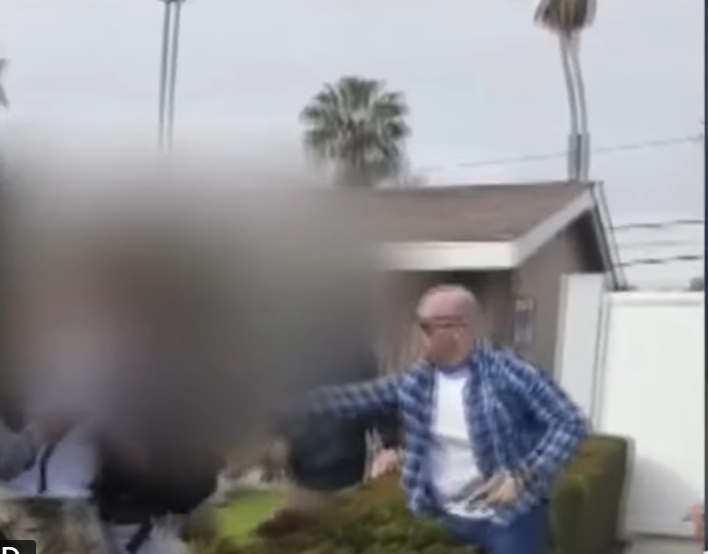 Police in Los Angeles responded on Wednesday to a viral video posted on YouTube that shows an off-duty officer pulling a gun and firing at least one gunshot near a group of teens during a skirmish in Anaheim.

The incident reportedly took place on Tuesday in front of the officer’s home. In the video, he identified himself as an police officer.

The video shows the officer — who the LAPD has not identified — in plain clothes, locking arms with a teenage boy in a yard. As another teenager tried to pull the two apart, a third teenager charged into the officer. Seconds later, the unidentified officer pulled out a gun. As the group of teenagers backed away, a loud bang sound could be heard, causing all but one in the group of teenagers to run.

Reports indicate that at least one of the teens threatened to shoot the police officer prior to him pulling his weapon.

Several minutes later, uniformed police officers arrived and handcuffed one of the juveniles, while the officer held his hands in the air.

After reviewing several videos online it is obvious that many, if not all, are greatly edited and specific facts have not yet been released.

That did not stop approximately 300 people from marching in Anaheim which ended in a brief confrontation between police and demonstrators.

Some threw rocks and cursed at police.

Anaheim Police Chief Raul Quezada is expected to brief the press Thursday afternoon with regard to the investigation.