The Dog Has Been Removed From The Handler 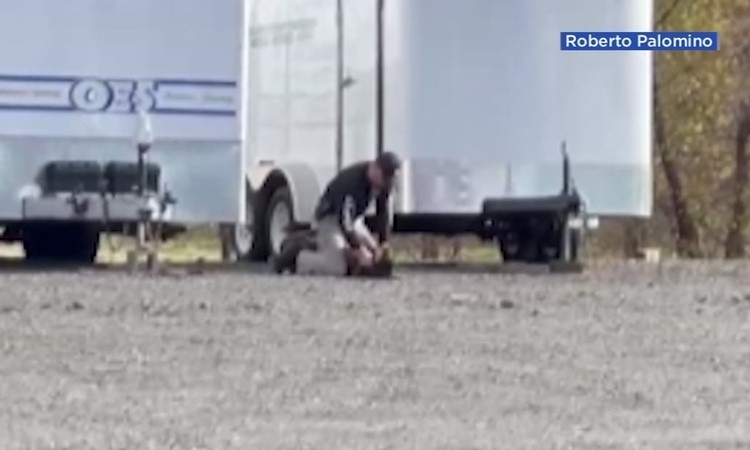 The actions of a Vacaville (CA) K-9 Officer are being questioned after he was caught on camera punching his K-9 partner in a parking lot.

ABC7 spoke to one witness about the incident.

“It was like ‘ohhh’ cries the dog was crying like someone was running him over or something,” said Vacaville resident Roberto Palomino. “It was bad.”

The K-9 Officer was reportedly conducting a training exercise with the dog when the event was captured on video.

After the video circulated on Twitter and Facebook, the city of Vacaville announced Wednesday that it has undertaken what it described as “a thorough investigation of the incident,” has separated the dog from the police officer and is reviewing its canine training program.

Police say the canine has since been examined by a veterinarian and shows no signs of injury.

In response to the video, “the San Francisco SPCA, being a leader in dog behavior and training, would like the public to know that physically threatening or harming an animal is never acceptable, regardless of the animal’s behavior,” the organization said Friday.

Neither organization provided any expertise in the handling of police canines.

The City of Vacaville also said Wednesday that it has retained an independent third party with expertise in police canine training to review the incident, as well as the police department’s policies and procedures and canine training program.

“Once the review is complete, the city will take appropriate action – including any necessary discipline and/or training, as well as any needed changes to policies and procedures to ensure the police department’s canine program is in line with the industry best practices,” the city said.