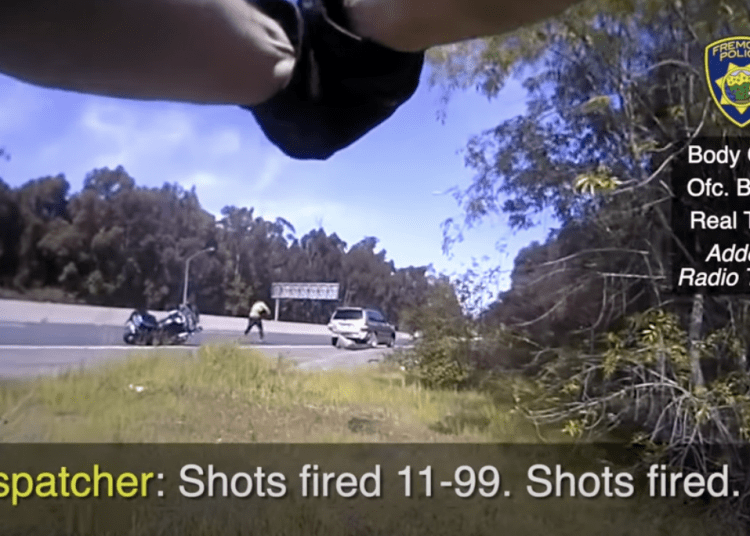 Joshua James Gloria, 34, an Oakland resident, was wanted for homicide and was killed by Burch as he attempted to steal the officer’s motorcycle according to Fox News.

Burch, a six-year veteran of the department, was working traffic enforcement on a police motorcycle when he was alerted that a vehicle had activated a license plate reader camera nearby.

The vehicle was reported stolen and allegedly used in an armed robbery in San Francisco, police said. Burch found the car and followed it into a shopping center parking lot and ordered the driver to pull over.

The driver, identified as Gloria, took off and pulled over a short time later on the shoulder of State Route 84. He fled on foot and opened fire on Burch, prompting the officer to leave the bike and run down a nearby embankment.

As Gloria attempted to steal the police motorcycle, Burch fired his weapon. Gloria ditched the bike and ran toward his vehicle when he was struck by gunfire and died. The officer was not hit.

The San Jose Police Department said it had an arrest warrant for Gloria for attempted homicide and for being a felon in possession of a firearm. He was wanted for allegedly shooting someone multiple times at an illegal gambling hall.