Video: Activists Erupt After Suspect Shot With Bat As Weapon 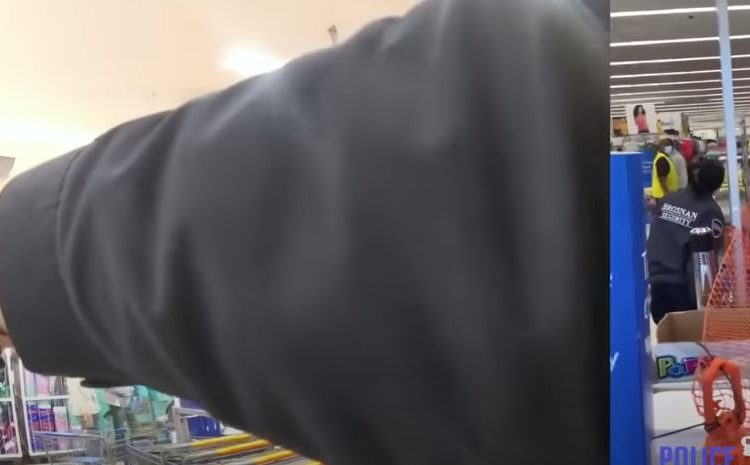 Controversy erupted this week after officers shot and killed a shoplifting suspect with a weapon in a San Leandro (CA) Wal-Mart.

Upon their arrival, they encountered the suspect standing near the shopping cart storage bay holding a baseball bat. Officers approached Taylor and gave him commands to put down the bat. Taylor did not comply with the officers’ commands and instead walked towards the officers while still holding the bat.

An officer discharged his taser, which was not effective. Taylor took a step in the public aisle and took a batting stance with the bat in an aggressive manner. Taylor continued walking towards the officers when he was shot once in the upper torso..

The outrage erupted after the shooting. As usual, the lies began.

Civil Rights Lawyer S. Lee Merritt, is representing the suspects family and he was quick to point out that the suspect was mentally ill and had been diagnosed with schizophrenia and bipolar disorder.

It is amazing how lawyers, politicians and just about anyone else doesn’t understand the legal standards with law enforcement use of force despite acting like experts.

Graham V. Connor clearly indicates that any information found out after an incident has nothing to do with the actual incident.

In this case, what if officers were told he was mentally ill? So can he roll around Wal-Mart threatening customers, swinging a bat and attacking cops?

THIS JOB IS IMPOSSIBLE

Is the fact that he is mentally ill supposed to mitigate those actions?

Then you have the straight up liars claiming the suspect was executed in the back of the head among other accusations.

And then you have the expert Shaun King.

His solution after his exhaustive studies…”police around the world would have surrounded and cornered this man until he could be taken to the hospital.”

That sounds like a real live Pinata Party.  Maybe King could volunteer?

As Law Officer Columnist often says, this job is impossible. As long as activists and lawyers don’t hold the truth to a high standards, it will be more than impossible.