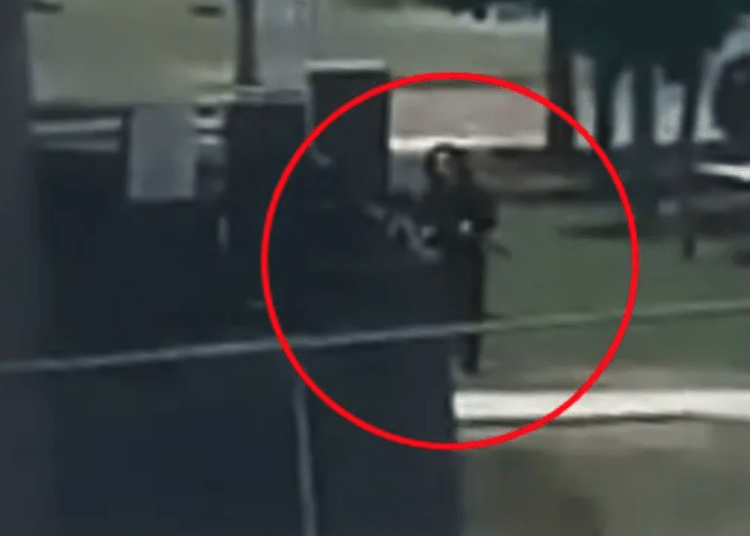 UVALDE, Texas – The Uvalde gunman who murdered two teachers and 19 children in the mass shooting told a classroom of youngsters that “it’s time to die,” according to a fourth-grader who survived the attack.

A 9-year-old student from Robb Elementary School who spoke to KENS 5 described hiding beneath a table during the rampage and hearing the chilling words from Salvador Ramos as he snuffed out so many lives, according to Fox News.

“He shot the next person’s door. We have a door in the middle. He opened it. He came in and he crouched a little bit and he said, ‘It’s time to die,'” the student told the station. “When he shot, it was very loud and it hurt my ear.”

The student described his response after he heard gunfire coming from outside the classroom.

“I was hiding hard. And I was telling my friend to not talk because he is going to hear us,” the student told KENS 5.

The boy and four other students hid beneath a table that was shrouded with a tablecloth.

“When the cops came, the cop said: ‘Yell if you need help!’ And one of the persons in my class said ‘help,’” the student recalled. “The guy overheard and… shot her.”

After that the officer then “barged into that classroom,” the student said.

“The guy shot at the cop and the cops started shooting.”

Once Ramos was neutralized by a Border Patrol agent, the student said he “opened the curtain” over the table “and I just put my hand out.”

“I got out with my friend. I knew it was police,” he said. “I saw the armor and the shield.”