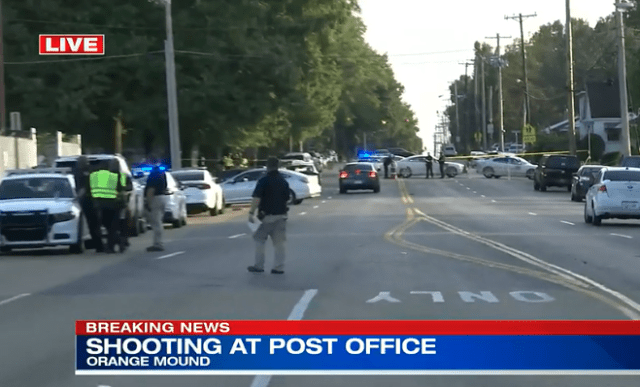 MEMPHIS, Tenn. — The FBI is investigating after three people died in a shooting, including the shooter, at an Orange Mound post office, according to authorities.

The case, which appears to be a double homicide-suicide, occurred in the 2800 block of Park Ave. in Memphis on Tuesday afternoon.

The US Postal Service and FBI confirmed the shooting occurred about 2:00 p.m. Responding officers secured the scene and there were no further threats by 2:50 p.m. The deceased individuals were all postal service employees, including the homicide suspect, FOX13 News reported.

The Memphis Police Department was assisting with securing the perimeter, the agency tweeted.

Memphis Police Officers are on the scene of a shooting at 2801 Park Ave in support of the FBI and USPS.
The Memphis Police Dept. is assisting with securing the perimeter and the scene.
There are no active threats. The scene is secured.

According to the US Postal Inspection Service, the law enforcement arm of the Postal Service, the shooting occurred at the facility called the East Lamar Carrier Annex, FOX News reported.

“We are working jointly with the Memphis Police Department, the Federal Bureau of Investigation and the Bureau of Alcohol, Tobacco and Firearms,” the agency said.

The FBI said the shooting suspect died of a self-inflicted gunshot wound, according to FOX13.

In a statement, the Postal Service said it was “saddened at the events that took place today in Memphis.”

“Our thoughts are with the family members, friends and coworkers of the individuals involved,” the agency said. “The Postal Service will be providing resources to all employees at the East Lamar Carrier Annex in the coming days and weeks.”

There were no further details immediately available at the time of publication.