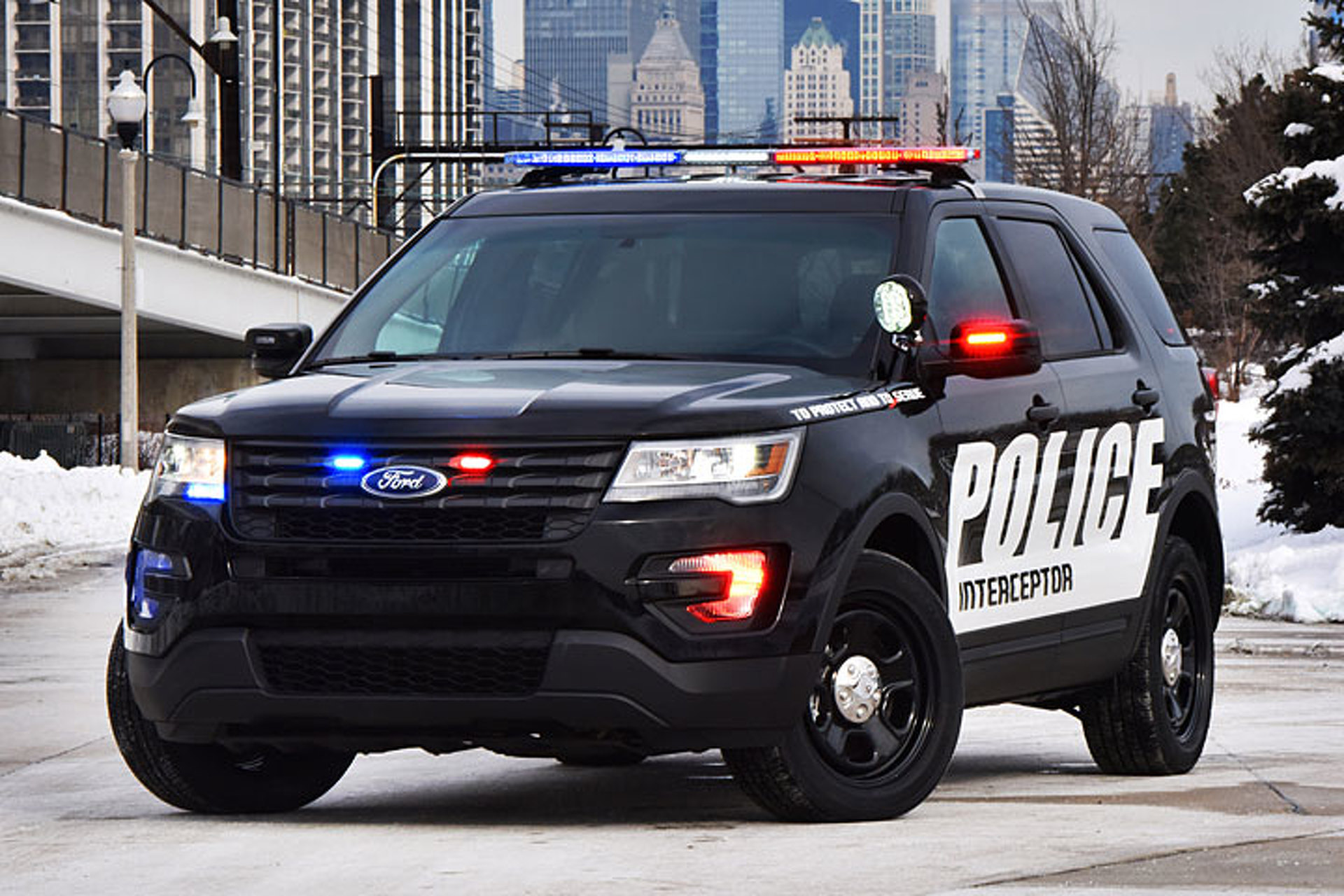 byJP Molnar
Share and speak up for justice, law & order...

Technology is everywhere you look these days and the transportation industry is no different. For decades, the aviation world has relied on the holy grail of airplane data analysis, the “black box,” to be the source of analytical data to determine root causes in catastrophic events. As a society, we have become conditioned to the presence of the “box” to the extent that the terminology is mainstream and we, as consumers, look for answers from it every time a plane goes down. Why? I would say it’s partially because we are curious, but mostly because we also ride in the same type of airplane that sometimes, though rarely, suffers a severe incident. We hope that the data will either indict or exonerate pilot behavior precipitating the event, while also identifying any possible mechanical issues that can be corrected to prevent any recurrence. In the aviation environment, this makes perfect sense, and it’s even something pilots are behind because they are in those planes when things go wrong. In that light, it only makes sense that the advantages of data capture in the driving world-more specifically the LE driving world-would make their way into the modern patrol vehicle.

To clarify, I’m talking about the advantages of additional data capture because all modern vehicles, LE or not, already capture a multitude of data points that can be analyzed post-incident. This data, much like airplane incidents, proves valuable in determining the cause and effect of both driver input and vehicle behavior in pre-, intra- and post-collision stages. Extrapolated even further, the integration of ongoing driving behavior analysis has proven to be very beneficial in reducing crashes.

In the LE driving capacity, to be sure, there are definitely times when pursuit-level driving is required, but as we all know, we spend much more time cruising around with the lights and siren off than on. We also know that there are those officers who can’t distinguish the difference between when it’s appropriate to drive at a higher risk level than when it’s not. Furthermore, we also know there are times when driving incidents happen where we are completely justified in the reasons for running Code-3 in the first place, and want additional proof that our behavior at the time of the incident was reasonable even though a crash or other incident took place. While in-car video can help your case in times like this, the addition of data telemetry can also help keep you in the clear. So, when you think about it, just as aviation and commercial trucking industries use real-time data to evaluate their pilots and drivers to keep them and the public safer, the here-and-now of it has now reached law enforcement with some big players onboard.

One such collaboration is between Ford and Telogis. Made available in early 2015, Ford Telematics for Law Enforcement builds on the success of Ford Crew Chief, an existing commercial vehicle telematics program developed by Telogis. The company says it was developed to deliver data that is specific to how police vehicles are driven when responding to emergencies or while in pursuit and the vehicle’s sirens and light bars are activated. The system also includes a myriad of data points that can capture daily driving habits, emergency level or otherwise, to provide police departments with the connected intelligence they need to identify opportunities to dramatically improve officer safety and driving while heightening situational and operational awareness.

According to Telogis, the introduction of Ford Telematics for Law Enforcement will give police officers and police leadership the ability to identify and correct patterns of driving behavior that can put departments at higher risk of preventable collisions and other crashes. Building on its existing Ford partnership, the Telogis solution is able to tap a broader array of vehicle data specific to the police driving environment through the new line of Ford Police Interceptor vehicles. So what makes up the system and what kind of data and capabilities are we talking about?

The system is made up a number of hardware and software components, some of which integrates with existing Ford data capabilities. At the root of it, the Telogis platform integrates operability hardware, GPS, cellphone networks, Telogis software and cloud-based applications to operate. Some key categories the system can help with are driver coaching and behavior modification, vehicle diagnostics for maintenance issues and data report generation. Some of this data can include vehicle location, vehicle health and driver behavior. As examples, the system can capture if a patrol vehicle exceeds a pre-determined speed range, whether an officer is wearing a seatbelt, the frequency of heavy braking or acceleration events, traction control, ABS and even the yaw rate of the vehicle in cornering maneuvers. The list of data options is extensive and also includes whether or not the siren or lights were activated and for how long, lateral acceleration levels, fuel usage, throttle position and more. In short, if it happens in a patrol vehicle, the system can capture it for future analysis.

Being that vehicle-related incidents are the leading cause of fatalities among officers, plus the collateral damage that can occur to civilian drivers or pedestrians during such incidents, it’s only natural that this level of data monitoring would evolve.

“We have a responsibility to the communities we serve and to our fellow officers to make safety behind the wheel one of our top priorities,” says Vartan Yegiyan, Director of Police Transportation II and Commanding Officer, Los Angeles Police Department, Motor Transport Division. “The collaborative process that exists with the LAPD, Ford and Telogis has allowed us to customize this solution to meet the unique demands of our organization and other Ford police fleets.”

Furthermore, Bill Frykman, Manager of Business and Product Development at Ford Motor Company adds, “Vehicle accidents are the leading cause of officer fatalities and even the slightest improvements in driver training and behavior within law enforcement organizations can potentially save lives. Whether in emergency operation or not, the combination of vehicle data from the Ford Telematics solution, taken in context with driving situation will help illustrate to police organizations where changes can be made that will have a profound effect on officer safety.”

Here, the word context is very important because, by nature, law enforcement is hazardous and we do take more driving risks in the performance of our duties when it’s appropriate. So, a forward thinking agency can use such data to reward officers who operate reasonably within the context of a particular driving requirement, and retrain or modify the behavior of officers who are unnecessarily risky behind the wheel. Remember, an officer who drives recklessly not only puts themselves and the public at unnecessary risk, but also the health of the agency and parent government because of potentially crippling litigation arising from a crash or incident.

To make the system viable, there needs to be cooperation with a vehicle manufacturer to integrate platforms and, in this case, it’s Ford. “Working in partnership with Ford, we’re delivering a solution for training and visibility for police departments that can be a game-changer for their safety programs,” says Greg Dziewit, Vice President, Commercial OEM at Telogis. “Combining exclusive Ford Interceptor vehicle data with the Telogis platform provides law enforcement agencies with unprecedented levels of intelligence about their fleet operations to drive safely, improve situational awareness during critical events and reduce overall costs.”

While the Telogis system is in its early stages, the age of data capture of officer behavior behind the wheel is not only here, it’s been here for a while at some level and is here to stay. The capabilities of the Telogis system means all aspects of vehicular operation can be analyzed to maximize operational capabilities, minimize excessive maintenance costs, reward officers who operate vehicles safely and identify officers who pose an unnecessary driving hazard. Ultimately, that keeps us all safer as knowledge, applied appropriately, is power, and the power to help keep more officers alive behind the wheel is a powerful one, indeed. For more details, visit Telogis.com/ford/law-enforcement.

JP Molnar is a former state trooper and has taught EVOC since 1991 for various agencies. He has raced for for almost three decades and has taught at numerous high performance racing schools.