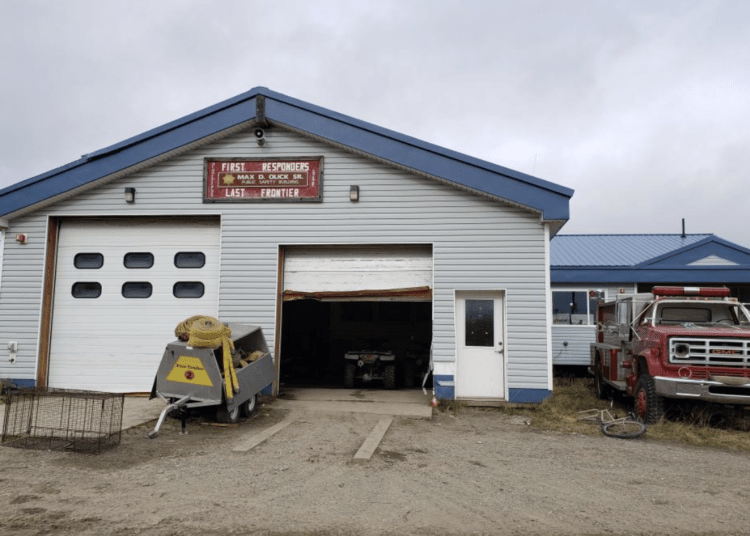 It happened in Alaska’s Village of Kwethluk on May 16. The town’s Public Safety Administrative Chief, Nicolai Joseph said that a potential mass shooting was avoided, Alaska Public Radio reported Friday.

According to state troopers, Brian Nicolai was wearing a bullet-proof vest and helmet when he activated the village fire alert system. Village Police Officer Tiger Lee was the first to respond to the fire alarm. When he arrived, he said that Nicolai pointed a rifle at him and pulled the trigger.

“I believe he wasn’t aware that the rifle was empty, and I could have been shot,” Lee said.

Nevertheless, Nicolai apparently performed a task that made his weapon operational. Hence, Lee ran away as Nicolai fired in his direction, according to Lee and troopers. He took cover behind a shipping container with another VPO, Wassillie Nick, who arrived as backup. Although VPOs responded first, it was ultimately a resident who defused the situation. The difference between the officers and the resident was that the resident had a gun.

That resident was Casey Thompson, according to the trooper’s report. Thompson, armed with a rifle, was able to get the shooter to drop his weapon, the report said. Thompson declined to talk with local media about the incident.

Now village police officers, who currently do not carry firearms, are wondering if they should carry weapons.

“If we had access to firearms, we’d be able to handle more of these scenarios on our own,” Lee said.

Chief Joseph said the village’s 10 police officers don’t carry weapons. He said that some have a baton and pepper spray, but others are armed with only handcuffs.

Officers told the station they don’t carry firearms due to a lack of funding.

Berezkin said that the required training to carry firearms takes two to three months in the lower 48. Joseph said that the city can’t afford to be sued for improper use of force.

But Berezkin is not rushing to change the way things are in Kwethluk. “We don’t deal with this every day,” he said.

And while trooper reports show that resident Thompson was able to de-escalate the situation on Saturday with a gun, Berezkin said that people respond to a show of force in different ways, and sometimes a gun can escalate a confrontation.

“We don’t know what could happen. It all depends on the person,” Berezkin said.

Lee said that even if Thompson had not arrived with a gun, he would have been able to handle the situation. He said that he’s dealt with similar calls where people have threatened to harm themselves. As he has done in those situations, Lee said, he would have asked Nicolai questions to calm him down, according to APR.

Lee said that it’s his belief that he should put everyone in his community before himself and help in any way he can.