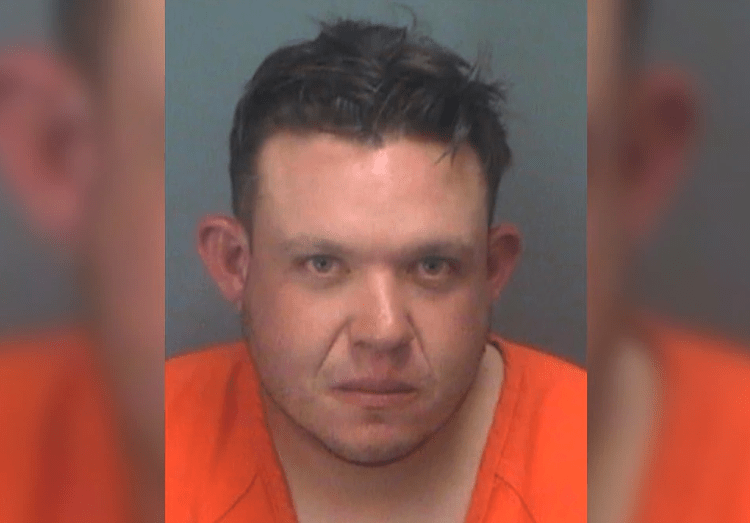 Tyler Crevasse is accused of burying his father's dog alive and then laughing about it. (Clearwater Police Department/Facebook)

CLEARWATER, Fla. – Florida police arrested a man after burying his father’s dog alive and then battering his dad when confronted about the detestable deed. The suspect reportedly laughed about the crime when interviewed by police.

The Clearwater Police Department announced on Facebook that Tyler Crevasse, 33, was charged with animal cruelty and domestic battery on Sunday.

Crevasse “laughed as he recounted how he wrapped the dog — an older poodle mix named Fuzzy — in a wet blanket and then buried him,” CPD said in the press release.

The agency said Crevasse was also charged with domestic battery since he reportedly stuck his father in some manner when confronted about his actions.

According to WDBJ, Crevasse was booked at the Pinellas County Jail where he remained as of Tuesday morning.